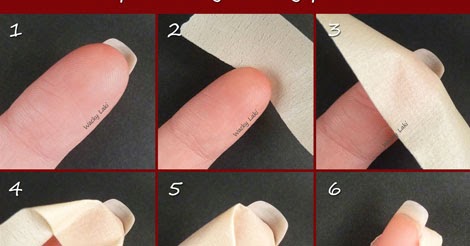 Manicure nail art can be done in a number of ways. Double sided mani nail art is one type of such nail art that requires two different coloured nail paints, a scotch tape and a scissor. All you have to do is do french manicure on your nails. Right after which you apply a pail paint of your choice. You also paint the back side of the nails. So for doing that put a scotch tape covering the tip of the finger from the backside. Do not cover the nail. Then apply another colour of nail paint at the backside of the nail. After doing that remove the scotch tape from your finger. All the extra nail paint will be absorbed by the scotch tape.

In this way the nail paint is been put on the double sides of the nails. Both the sides will have the nail paint on. This is called the double sided manicure nail art. A tutorial for the same will teach you methodologies and ways to perform this nail art in the most effective manner. A detailed description is given in most of the tutorials that you would like to learn from.