Satanic Cult Butchered 3 Women, Cooked Them In Stews And Pies Then Sold Them Off The Street

Advertisement
We’ve read here several stories about cannibals eating other people. The next story you’re about to read is way more gruesome and disgusting: A man who is imprisoned for killing three women confesses to using their flesh for food that he sold on the streets! 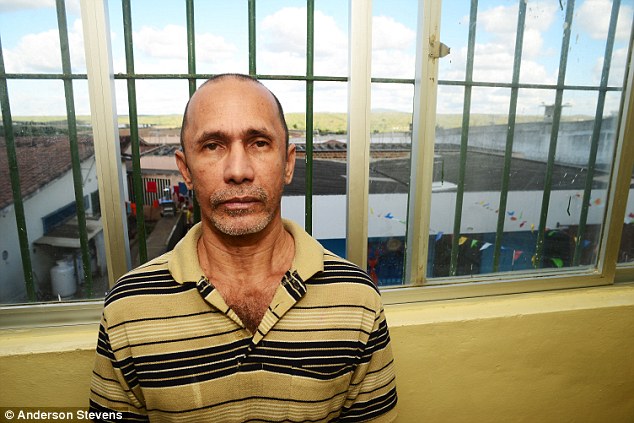 But he didn’t just kill them. He cooked their flesh, ate it in vegetable stews and pies, and sold them off the street near his house in Garanhuns in northeastern Brazil.

This ex-university professor even confessed to killing a woman in front of her 18-month old daughter then fed the child her flesh for lunch the following day.

He said in an interview, “For people to be safe, I need to be in here. If I were let out as I am today, I could kill another one. Human meat, for me, is no different to beef.” 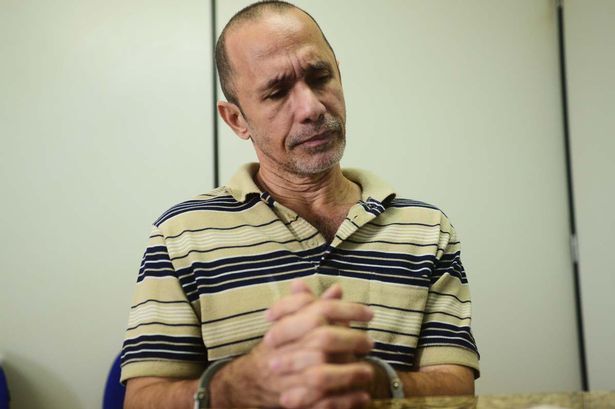 He formed a cult with his his wife Isabel Cristina Pires (left) and mistress Bruna Cristina da Silva (right) and ate their victims as a cleansing ritual to absolve their sins.

“The women would prepare the meat. I can’t remember if we ever fried it like a steak. I did buy a mincing machine for Bruna, but I’m not sure if she used it. The meat would last for three or four days. We would have it for lunch and dinner until it was all gone.”

After luring women into their home, this despicable trio murdered them for “population control” as they believed the women would spawn “thieves and low-lifes”.

But contrary to his sworn statement, he said that he was just a schizophrenic victim who was controlled by his witch mistress who cooked and killed women after reading a book of satanic rituals. Then he changed his story during the interview. He killed these women because he hated “uneducated mothers” out of frustration since he could not father a child with his wife for eight years.

Jorge Beltrao Negromonte said, “Isabel lost one, then another one. So we went to the doctor and she started treatment, but I don’t know what they did because after that she didn’t even get pregnant again. And then you look around and there are uneducated people everywhere who are producing them one after the other. They don’t have anything of worth to pass on to them. They are just producing thieves and low-lifes. The pain the families of those women are suffering is the same pain I am suffering. I’m also feeling the pain of not having a family. I see myself as a victim, too.”

You may ask what drove him to commit these spine-tingling murders. After college he opened a gym and became an activist against military dictatorship. He married Isabel in 1984. Then he met his lover Bruna in 2003 when she was 16.

“Bruna knew she could control me. She was the one who wanted to murder the women. It was her idea to eat them. She convinced me to stop taking my medicines, because then she could use me.” 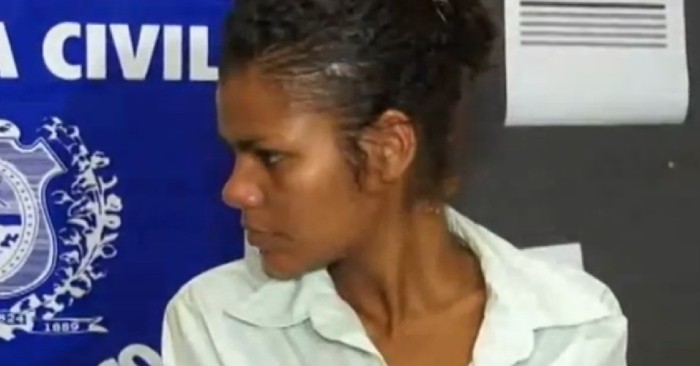 Jessica Pereira was their first victim. At 17, she lived with the trio and her 18-month-old baby girl. They gave her milk, diapers, and a new crib to convince her to move in with them.

They killed Jessica after she tried to go back to her family in 2008. They used sheet metal to strip her flesh then stored it in the freezer and buried her bones in their yard.

Negromonte said, “Bruna came down and told me, “She’s a bad person, she has no love for her daughter.After that I only remember flashes. Blood spurting from her neck, her lifeless body in the bathroom, then her in pieces on the bathroom floor.”

They later cooked and ate her flesh with salt and oregano and fed her to her young daughter. Bruna used Jessica’s identity documents to act as her mother. After four years he and Bruna moved to Joao Pessoa with the child.

In their new home they were almost caught when policemen threatened to arrest them when an incident happened nearby.“I gave the chief my smallholding, and all the furniture. Then the problem was resolved, we left and nothing else was said”, Negromonte claimed.

They moved to Garanhuns and formed the cult called The Cartel. The trio sold books filled with bizarre teachings, including a chapter on how they murdered Jessica.

The second victim was Giselly Helena da Silva, an evangelical whom they met in a doctor’s clinic in 2012. 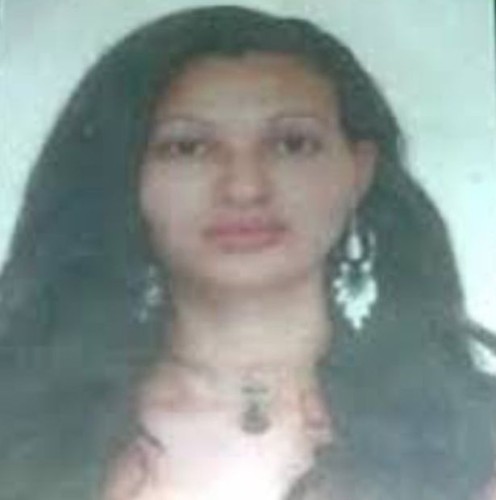 He said: “I thought she could become a good friend to Bruna, so I took her number. But then Bruna told me how she had confided that she had tried to kill her son, and that she had beaten up her young nephew. One day Bruna asked Giselly to come to our house. I remember walking into the kitchen holding a hammer, and then seeing Bruna’s face. She said: ‘it can be now’.”

“After that I just remember flashes, the reflection of a kitchen knife, a body, a dead person in the bathroom and the running shower.” 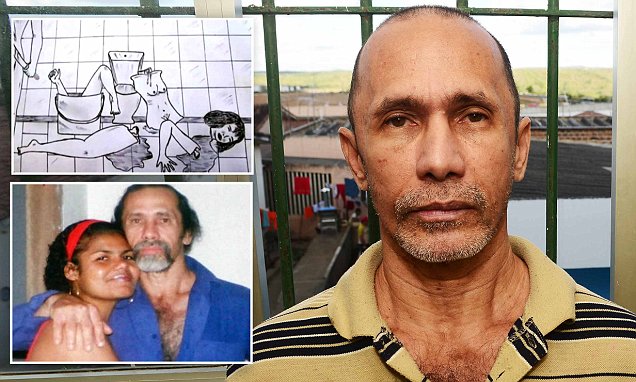 “I came to my senses the next day, lying on the floor. I looked in the fridge and saw all the meat, already prepared”, Negromonte said.

Then the family with their adopted daughter who was now 5 years old ate their victim.

Two weeks after the group lured another woman, 20-year-old Alexandra da Silva Falcao, by offering her a job as babysitter. 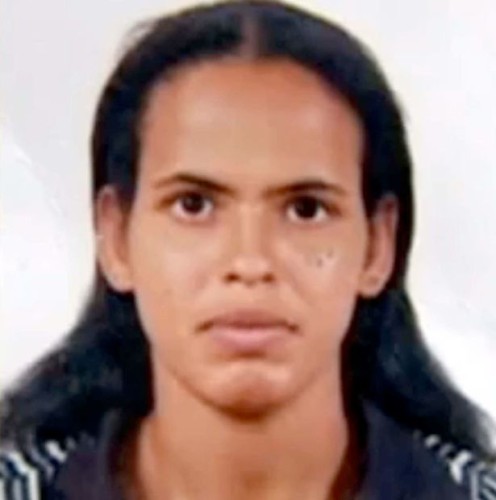 Negromonte said, “We ate the meat again. It took four days to finish it off.”

Bruna was caught on CCTV using Giselly’s credit card after she was reported missing for one month.

The police raided their home in G Garanhuns, Pernambuco state, in northeastern Brazil. 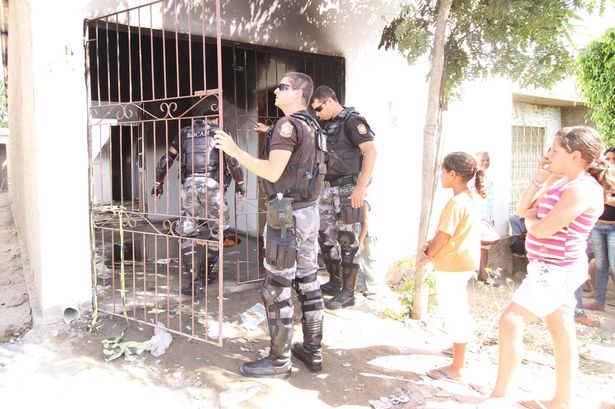 All three denied any crime at first, but at the police station Isabel confessed to butchering the women’s bodies and burying them in the house. 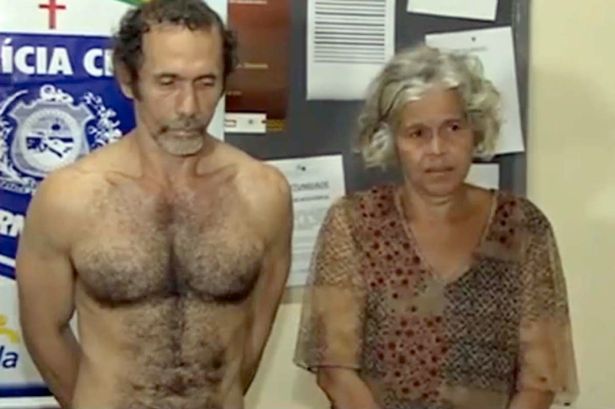 “The police chief asked if she used the women’s meat in the empanadas she sold by the road because he was a fan. Isabel said that if it was the meat that was in the freezer, then yes”, Negromonte confessed.

Until now, Negromonte claims he is innocent and had no intention to murder anyone.

What’s more disturbing is he started another cult in prison with a Christian pastor convicted of rape.

“We meet in the prison chapel, play guitar and sing worship songs. I speak to the inmate like Moses did to his people. I teach them about what’s right and wrong”, Negromonte said.
Source: http://wereblog.com/cannibal-serial-killer-jorge-beltrao-negromonte
Advertisement