Read Here: Half the man he was: James loses a record-breaking 313lbs in just one year on weight loss show 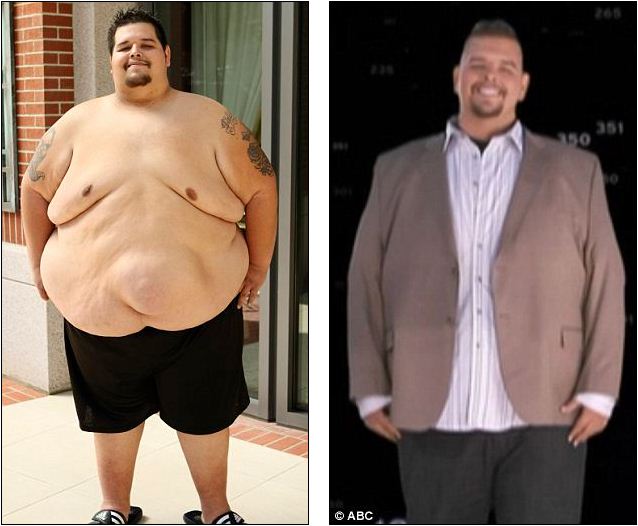 Before and after: James, 26, from Fort Worth, Texas, tipped the scales at 651lbs when he first appeared on Extreme Makeover: Weight Loss Edition, left, but a year later he was down to 338lbs, right

'I'm glad I'm able to share this story with the world,' he told an assembled crowd of his family, friends and supporters during the show which aired last night.
'Cause I remember how lost I felt when I was over 700 pounds. And just knowing that maybe somebody out there is going to have some form of inspiration from what I was able to accomplish.'
At school James had hopes of becoming a pro football player. But a knee injury saw him drop out and he quickly became depressed, turning to food as a comfort.
'It wasn't uncommon from me to have two lunches or two dinners,' James said on the show, adding he could 'rinse' all-you-can-eat buffets.
The turning point came when James was at home in his Grandparents garage, watching a 700lbs man being cut out of his home. 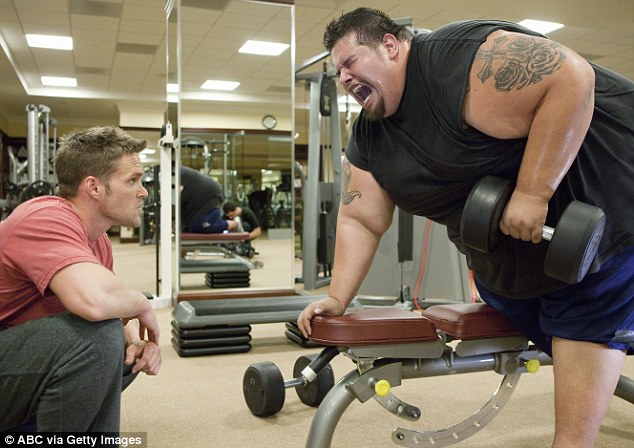 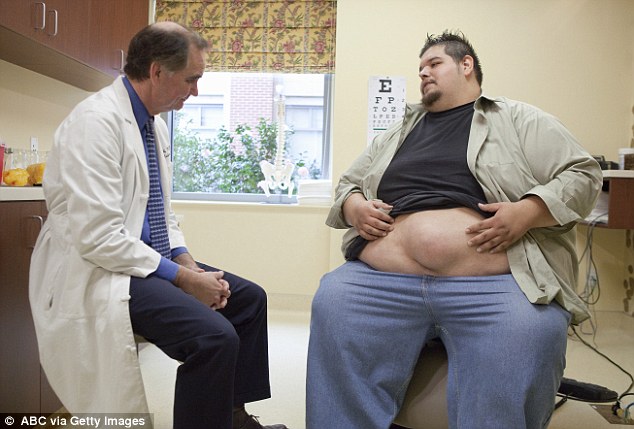 Dangerous: James also had a large hernia, but doctors had not operated because of the dangers associated with anaesthesia and obesity

James' weight had reached the same dangerous levels. He decided to do something about it, starting with a short walk.
But after he got to the lamp post just down from his house he was out of breath and wondering how to get back.
He joined a gym, working out in the middle of the night so 'no one's there to see me or see my fall flat on my face.' 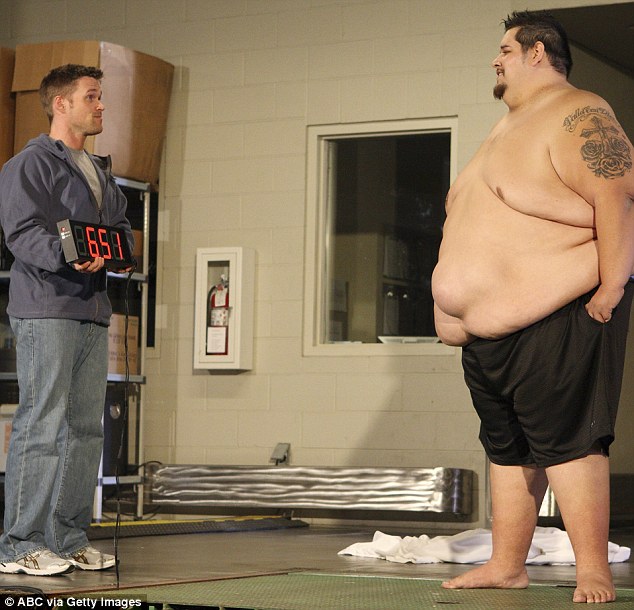 Industrial: James, who initially weighed in at 651lbs, was the most obese person Powell has ever worked with

Powell surprised James at one of his 2am gym sessions and the pair jetted off to Los Angeles for boot camp and an initial weigh-in.
When he got home James discovered Powell had turned his bedroom into a gym and tasked him with losing 150lbs in just a month.
The next month it was 80lbs but a spell of pneumonia put James in hospital. He had only lost 11lbs at the next weigh in, but was lucky to be alive. 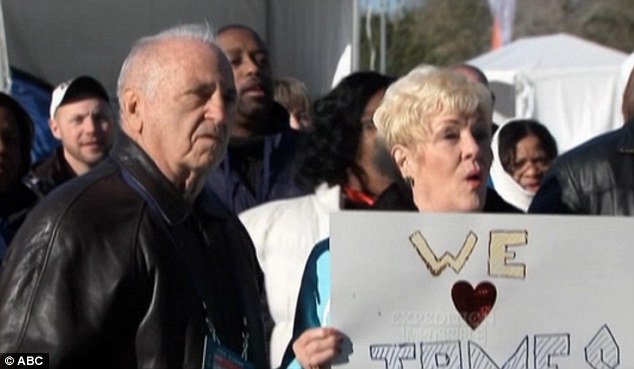 Is that the same person? Friends, family and supporters look, open mouthed as the new James walks onto the stage to reveal his amazing weight loss 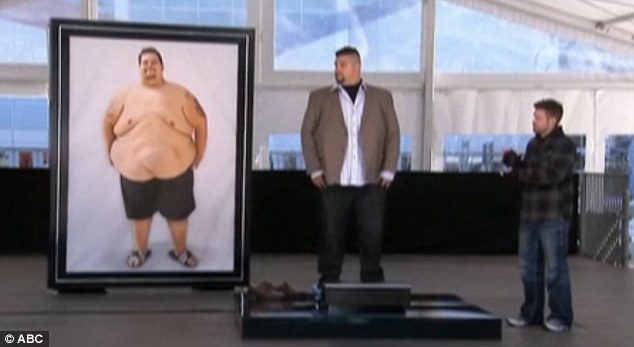 What a difference: James stands on the stage at the site of Super Bowl XLV for the final weigh in

To get him back on track Powell took him to meet former Dallas Cowboys stars Nate Newton and Michael Irvin. They put him through his paces during a gruelling work out.
When day 270 rolled around James had lost an incredible 257lbs in nine months.
Then 365 days after Powell first interrupted his gym session, James unveiled his new body at the site of Super Bowl XLV to a crowd of cheering supporters.
At the final weigh in James tipped the scales at 338lbs and as a reward for all his hard work Powell gave him two tickets to the big game.