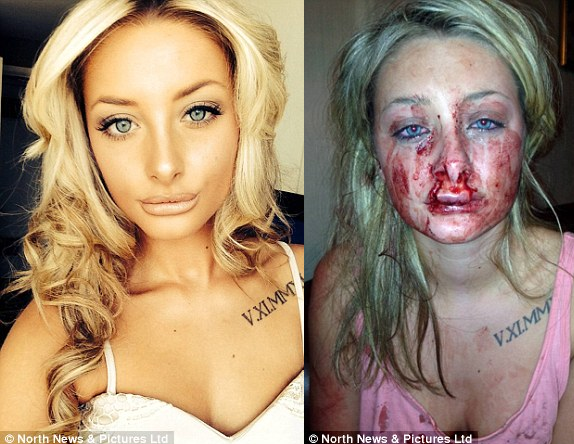 Rhys Culley, 23, asked pretty Chanttelle Ward if she loved him before he sank his teeth into the 18-year-old’s flesh during a kiss

This shocking picture shows the horrific injuries a teenage girl suffered after her jealous boyfriend BIT her lip.

Rhys Culley, 23, asked pretty Chanttelle Ward if she loved him before he sank his teeth into the 18-year-old’s flesh during a kiss.

Culley was jealous and insecure about what his girlfriend was doing while he was working away when he decided to disfigure her.

The attack was so severe, Ms Ward was convinced her top lip had come off.

Jurors at Newcastle Crown Court saw pictures of angry teeth marks in Miss Ward’s upper lip after the attack, during which he smeared her own blood around her face and forced his tongue in her mouth.

Culley, who had been in a relationship with Miss Ward for over two years, denied wounding with intent but was found guilty after a trial.

He will be sentenced next month and has now been remanded in custody.

Greame Cook, defending, applied for the shopfitter’s bail to be allowed to continue while he awaits sentence but Miss Recorder Wigin refused.

The judge said: “The sentence will inevitably be custody.” 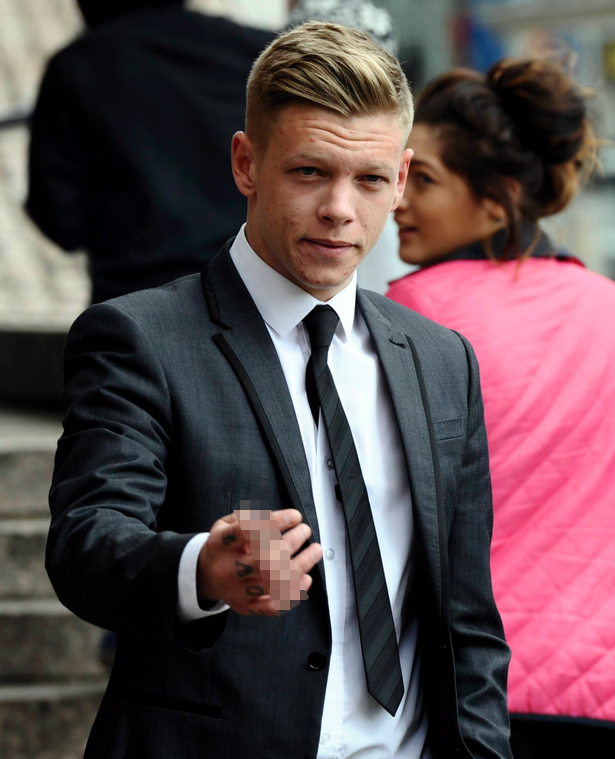 At court: Rhys Culley, who has today been found guilty of wounding with intent
Jurors heard Culley, of South Shields, near Newcastle, bit down on the victim’s lip with the same force that would be needed to bite through a 1cm thick piece of rubber.

As well as the gruesome “very deep” injury to her mouth, Miss Ward had bruising and scratches to her head and body after the attack, which started after a row about Facebook.

Miss Ward told jurors during the trial Culley had tried to kiss her and asked her if she still loved him before the bite.

She said: “He put his whole mouth around my lips and pulled, I thought that my whole lip had come off.

“There was blood everywhere.”

The court heard trouble had flared at Miss Ward’s home after a night out, when he chased her from room to room and attacked her.

Prosecutor Emma Dowling said Culley kicked and punched Miss Ward, pulled her hair, threw her into furniture and chucked things at her before finally launching the frenzied facial attack.

The attack happened on February 22 this year, after the young couple had been out at the County Public House in South Shields.

They had been celebrating Miss Ward’s mother’s birthday and at about 10.30pm Miss Ward, the defendant and her aunt Susan Stewart shared a taxi home, dropping her aunt off first.

The defendant then took Miss Ward’s phone off her in a bid to look through her Facebook messages.

The court heard how when he found that the messages were no longer there he became angry and started to shout at Miss Ward accusing her of having something to hide.

At this point, Miss Ward told the court, she realised that something was wrong and that this wasn’t a ‘normal’ argument for the pair, who had been together for almost two and a half years.

She became scared and lifted her phone to call the defendant’s mother to ask him to come and get him.

But Culley is said to have taken the phone from his victim, he also locked the doors so that she couldn’t escape.

Later, when her phone was left unattended she made an emergency call but Culley again took the phone from her.

Miss Dowling said that after Culley had bitten his victim, he “rubbed his face in hers, smearing the blood across her face and then he stuck his tongue into her mouth.

“When the police arrived they saw that they both had blood on them and over their faces.”

Culley was arrested and Miss Ward was taken to hospital to have her injuries examined.

She suffered not only the injuries to her mouth, but bruising to her arms and body, a scratch to her left breast, bruising of the face and ear.

During his evidence Culley said he did not mean to harm his “beautiful” girlfriend, who he knew he was lucky to have. 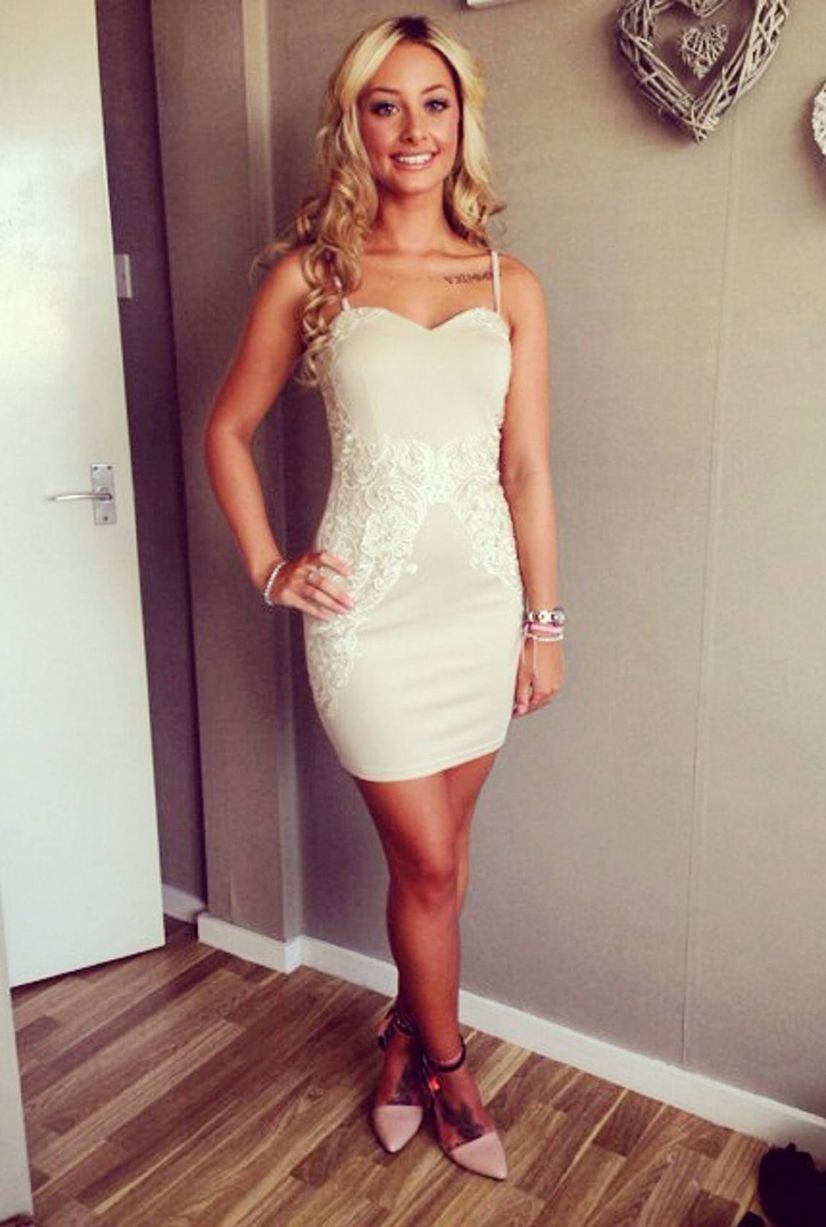 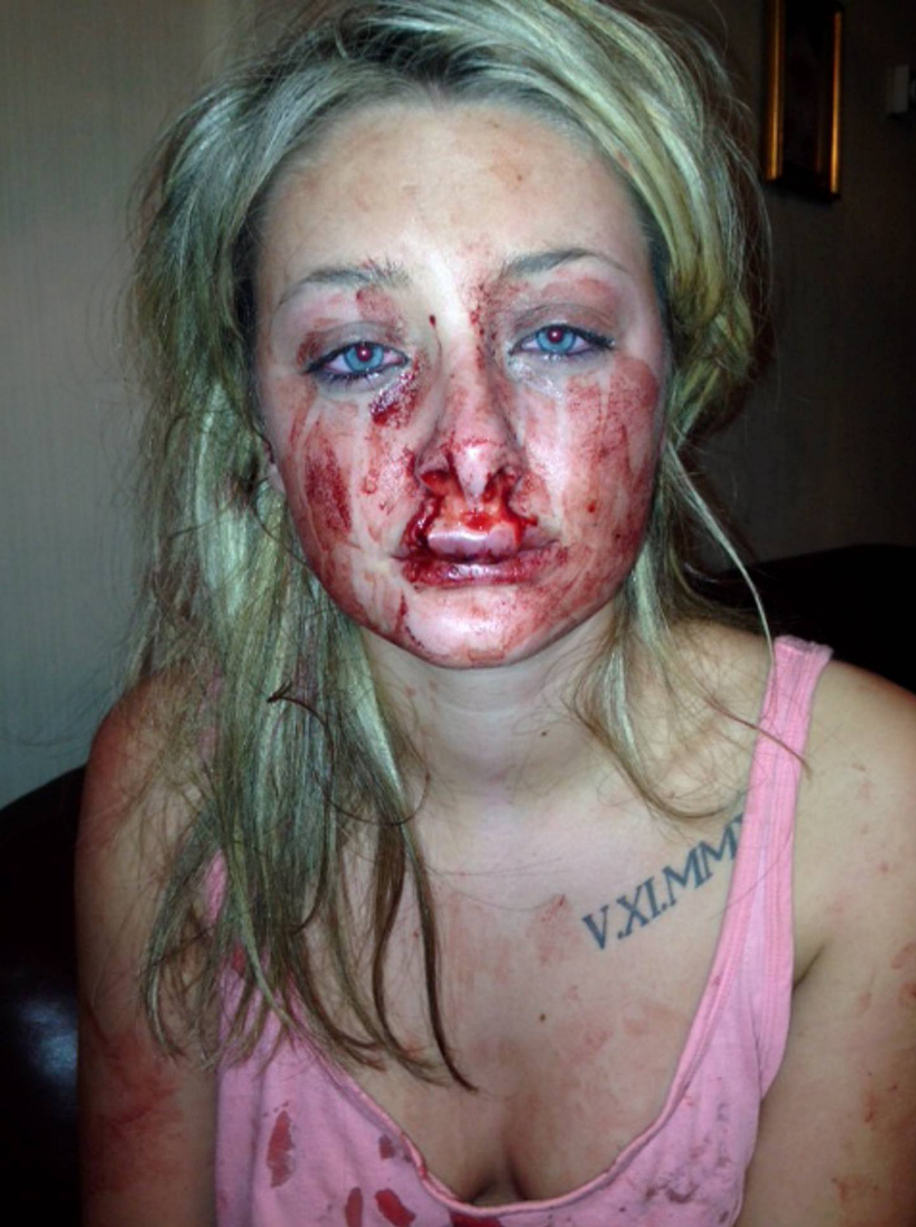 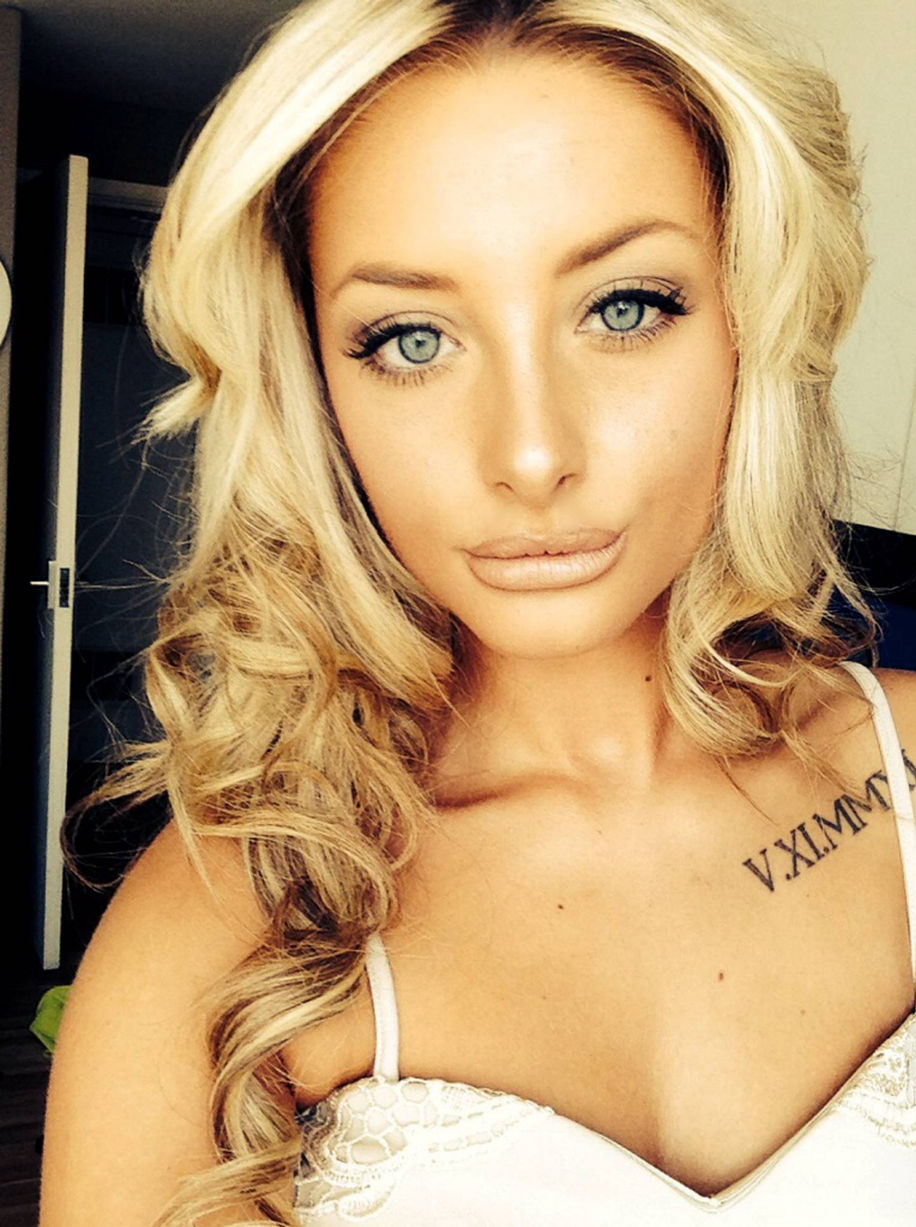 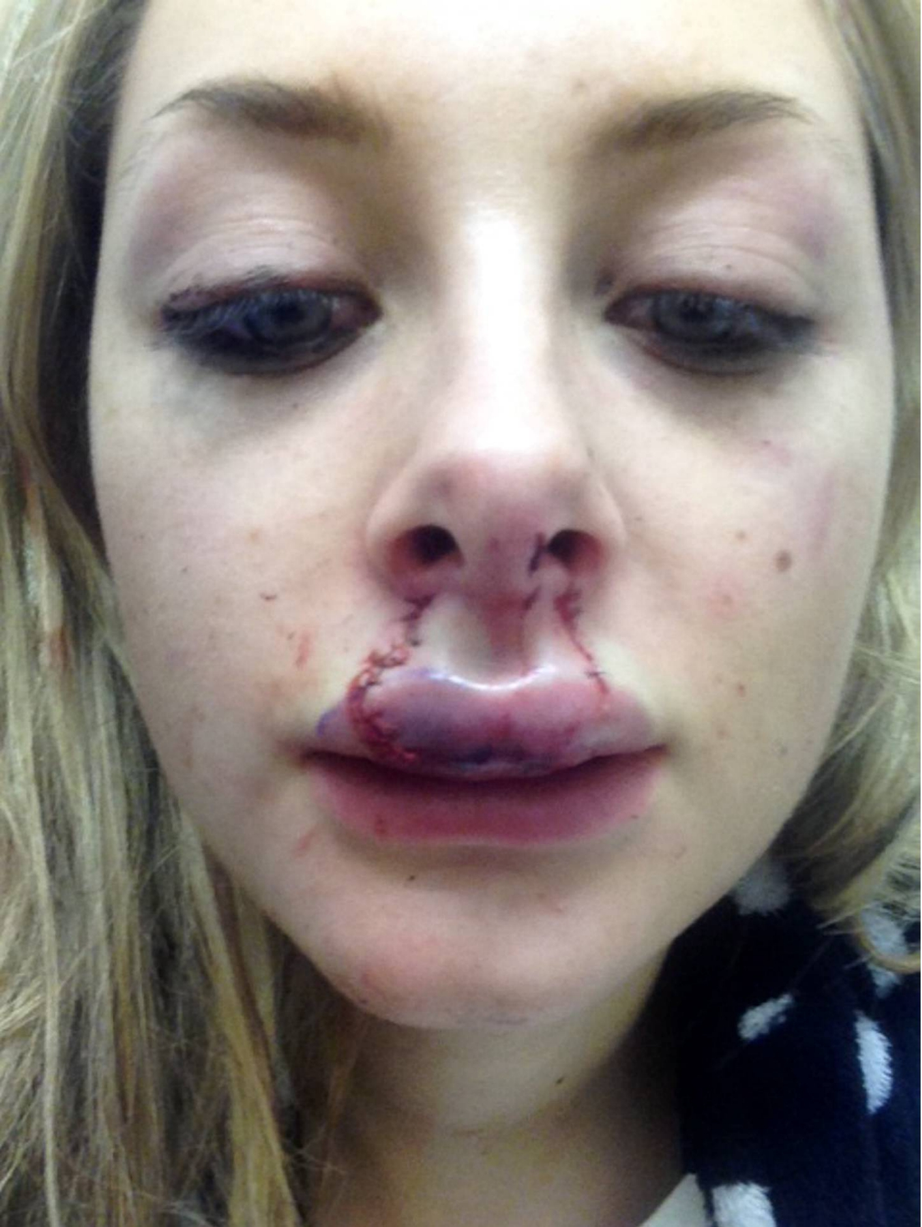