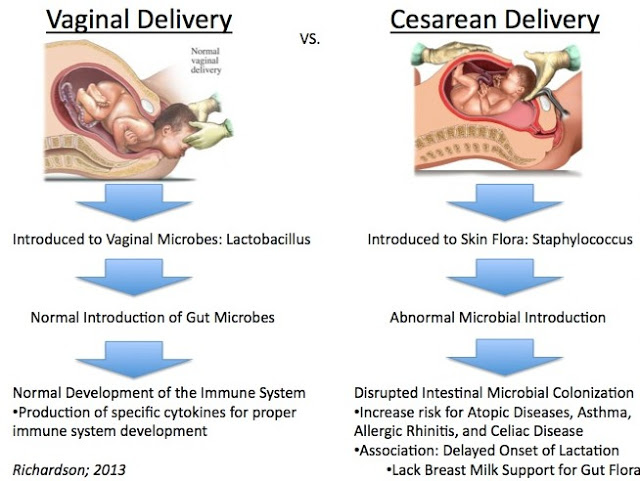 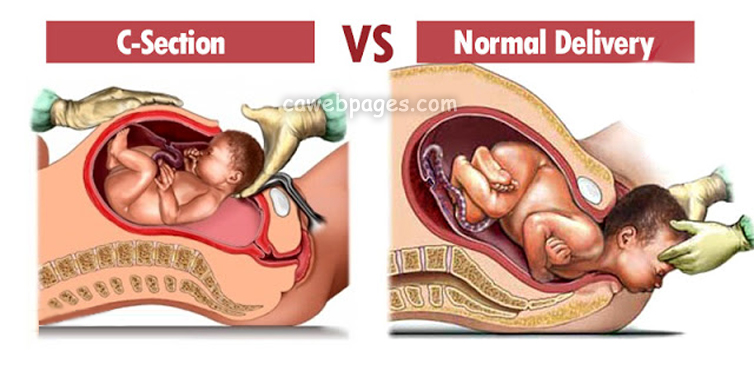 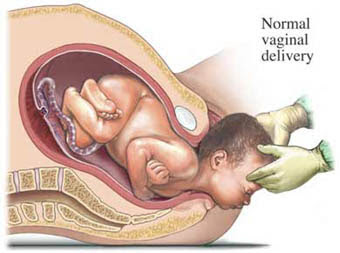 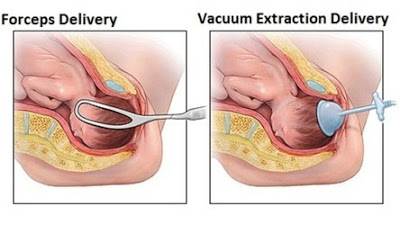 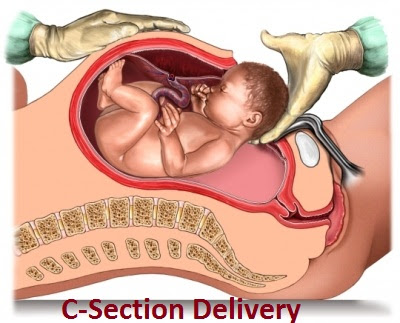 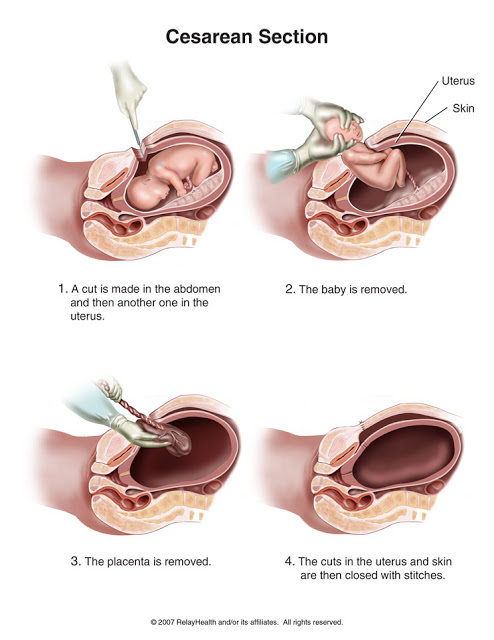 While most women opt of the natural mode of deliver, which is the vaginal delivery, some have to go for the cesarean also known as the c-section delivery. Certain complications at the time of birth or during the pregnancy may cause one to opt for this method. Here we will be telling you about the major differences in the two modes of child birth.

☛ During a ‘normal delivery’ the baby is introduced to the vaginal microbes, lactobacillus.

☛ Some doctors consider it a healthier mode of child birth as there are not many cons for the child in this case. The child has a normal development of the immune system due to the production of specific cytokines. In some cases though, the child may get harmed during the process.

☛ From a psychological point of view it is considered a healthier option for some women as they feel empowered through the process knowing that they were actively involved in the birth process of their child.

☛ From a physiological point of view, it is a better option for some as the time taken to recover is relatively shorter than that taken after a c-section. Also it allows the mother to start breastfeeding almost immediately after the birth.

☛ Vaginal deliveries can be done either by a forceps method or a vacuum delivery method, depending on what the doctors prefer at the time and situation.

☛ The surgical method of delivery, also known as the C-section is another mode of delivery. In some cases it is a planned one, as it is derived during the months of pregnancy that a normal delivery may be dangerous for the child and the mother.

☛ During this method, the child is introduced to the skin flora, staphylococcus.

☛ The mother can definitely avoid the labor pains through this method, but it increases the chances of infections and increased time in recovery.

☛ Also, it increases a risk of certain diseases for the baby, such as asthma, atopic diseases, celiac diseases and allergies.

☛ It is performed by making a cut in the abdomen of the mother and then another one in the uterus, after which the baby is removed along with the placenta. Then the uterus wall and abdomen are stitched up and the mother is left to rest.

While both modes of deliveries are very different from each other and have their own shares of pros and cons, the ultimate aim of both is to ensure a safe delivery of the child while keeping the best interest of mother in mind.
Advertisement