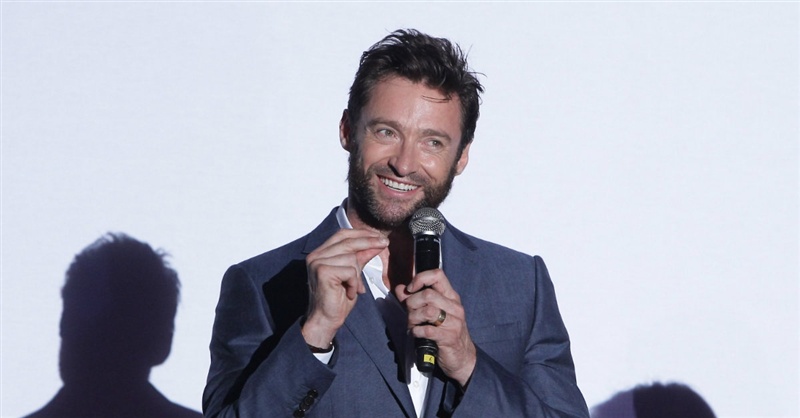 Jackman is Christian and Not Afraid to Show It!

In an interview with Parade Magazine, actor Hugh Jackman said that he is a Christian and is fulfilled through his faith. Jackman announced that he was raised as an evangelical and dedicates every performance to God.

“I’m a Christian. I used to go to different evangelists’ [revival] tents all the time. When I was about 13, I had a weird premonition that I was going to be onstage, like the preachers I saw.”

Jackman continued the interview stating that he still struggles with needing approval and that his faith satisfies those needs.

“There are things driving me that aren’t all healthy – [needing] approval and respect to fill some hole who–know-where in me.”

“Am I worthy? All those fears. Through acting, I’m able to find a level of bliss and peace and calm and joy. And it feels natural.”

Jackman also said that he feels that his acting connects him with God:

“This is going to sound weird to you. In Chariots of Fire, the runner Eric Liddell says, ‘When I run, I feel His pleasure.’ And I feel that pleasure when I act and it’s going well, particularly onstage.”

“I feel that everyone’s search for, the feeling that unites us all. Call it ‘God.’ Before I go onstage every night, I pause and dedicate the performance to God, in the sense of ‘Allow me to surrender.'”