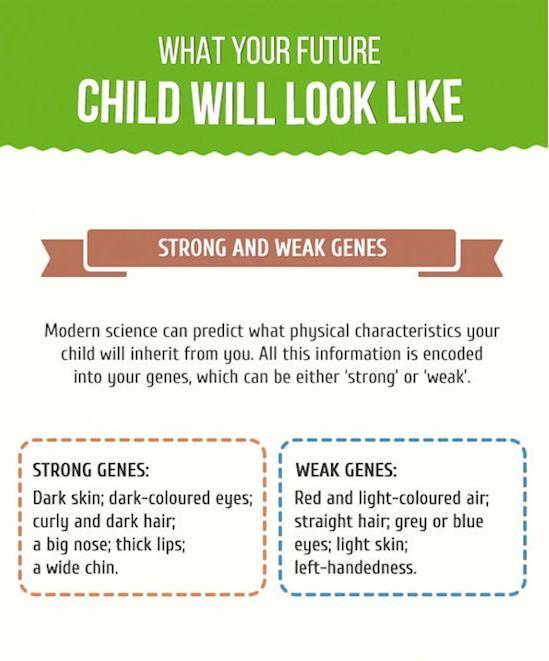 In a world of seven-or-so billion people, it is hard to comprehend that no two of us look exactly alike. Except me and Angelina Jolie. Twinsies.

Ang and I aside, we are each biologically granted a unique set of attributes that, combined, become our overall physical appearance. While these characteristics, at times, seem completely random (not at all looking at you, cousin Adrian), there is actually a fairly scientific method to the madness. 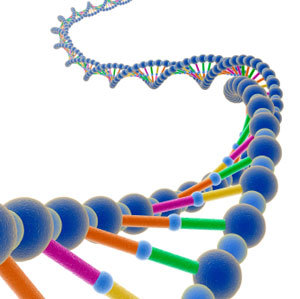 Through the analysis of strong vs. weak genes, we can make a fairly accurate prediction of what a child will look like based on the genetic attributes of his or her parents. Because there are so many possible combinations of these attributes, most of us are doppleganger-less in the world at large. But there is a pattern! 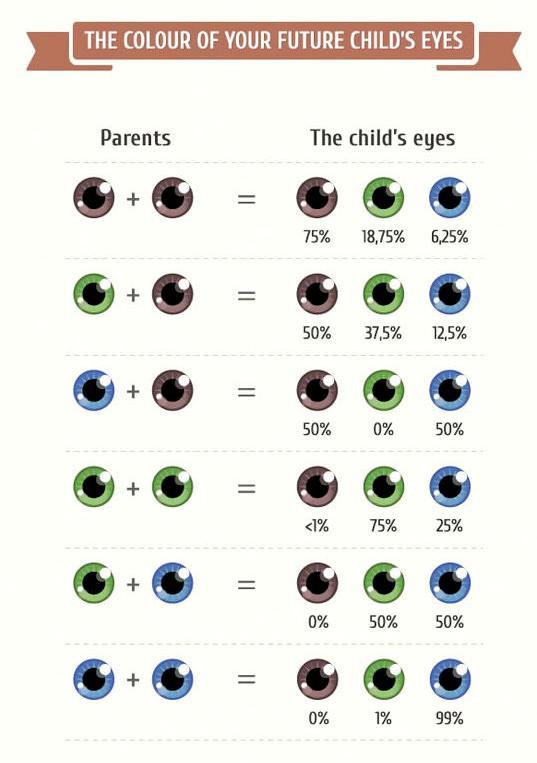 Let's start with an easy one - eye colour. Whether you are looking for a "Brown Eyed Girl" of your own, a la Van Morrison, or a blue eyed beauty, there is a definite science to determining the outcome of a parental pairing. This chart can also serve as a reference guide to weed out the milk man at family gatherings.

In most cases, it is clear to see how dominant genes prevail over recessive genes to dictate the physical traits of our offspring. WARNING: It is very likely that your unmanageable, corse black hair will prevail over your significant other's fine blonde locks.

There is some hope for those of us who were dealt a bum hand in the card game of genetic distribution, so long as we have attractive ancestry. Many of the weaker genetic outcomes can be passed down from previous generations, as illustrated in the image above. 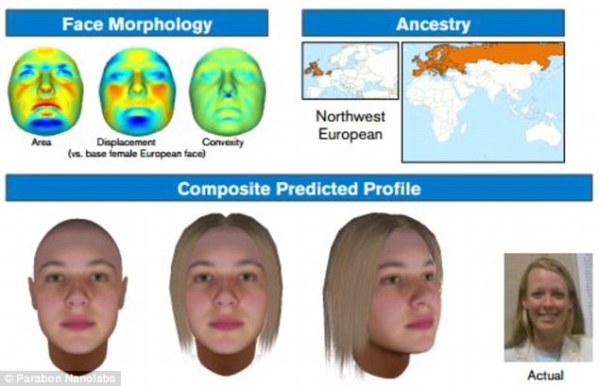 Science has come so far that researchers are able to predict a person's physical appearanced based off of strands of DNA. Features such as bone structure can be fairly accurately determined based on factors such as region of ancestry. 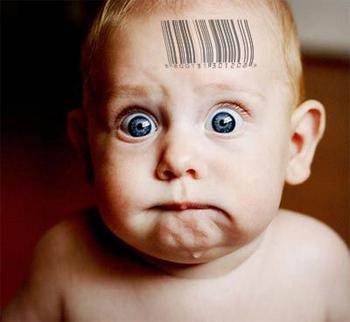 With our increased understanding of genetic outcomes, there is great debate around the ethics of genetic manufacturing to increase the chances of specific outcomes. While it is easy to understand the desire to eliminate risks of disease and birth defects through this kind of genetic manipulation, many debate whether there is a misuse of this technology when it comes to less significant determinations such as eye color. This prompts the age old question, "Is Gattaca becoming a reality?" Stay tuned to find out!