See Here: The 10 hottest girls Justin Bieber has slept with.. (With Pictures)

Advertisement
We all know his romantic relationship with Selena Gomez. The ex-couple started dating in 2010 and were on and off ever since. The two were very open about their relationship, considering they were out in the public eye as two big music stars. However, they are now even more open about what they used to have and how things are after the break-up. For Selena, it seems like the singer and songwriter has been busy focusing on her music career, especially when she has a lot to say regarding relationships, but as for Justin, it looks like it’s a whole different story. The “What Do You Mean” singer is always in the media about who he is hooking up with, who he is dating, what girl has his heart, and so on. The guy can’t get enough. So besides Selena, who has been linked to Bieber? Well, we gathered a list of girls you had no idea Justin Bieber hooked up with. 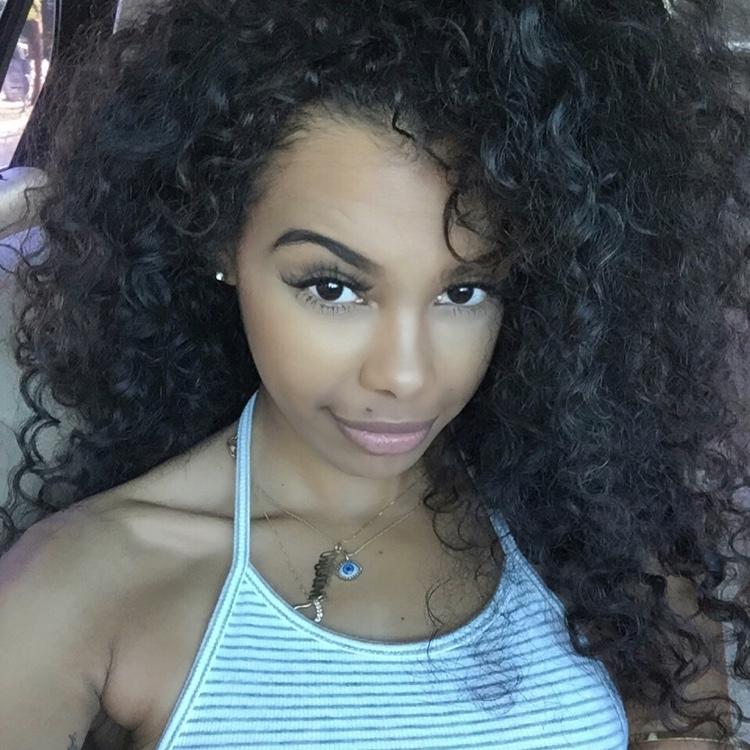 In 2013, Justin Bieber was still dating Selena Gomez, however, someone else came into the picture who is allegedly to blame for their break-up. Milyn Jensen had met Justin through his best friend, Lil Twist, at a nightclub in Los Angeles. According to an interview with The Sun, Jensen admitted how shocked she was when she learned that Justin and Selena had broken off their relationship due to the “one night stand” she and the pop star had that night. She told the publication how Bieber had treated her at McDonalds and eventually took her to his $4.5 million L.A. home. Finally, they went in his custom design 4X4 to the Beverly Hills Four Seasons where the two took their night to a whole other level. “Suddenly we were kissing,” Milyn said. “I started taking my clothes off, it was a natural thing.” 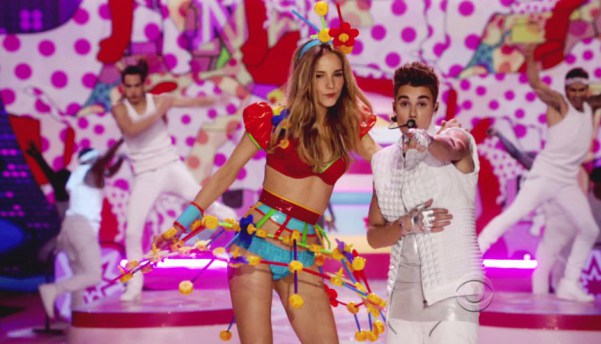 Barbara Palvin has been in the media’s eye as one of Justin Bieber’s girls for a while now. They were first thought to be dating after the Victoria’s Secret Show in November 2012. Palvin eventually had to respond to all the backlash she was getting from the Beliebers after the two posed for a photo together after the show. She tweeted “Hey everyone. please calm down. he is all yours!! please :).’ She added: “Last time I’m saying it. please calm down.there is nothing going on w him.i met him and did a pic w him. wouldn’t u do the same?:) #friendship.” 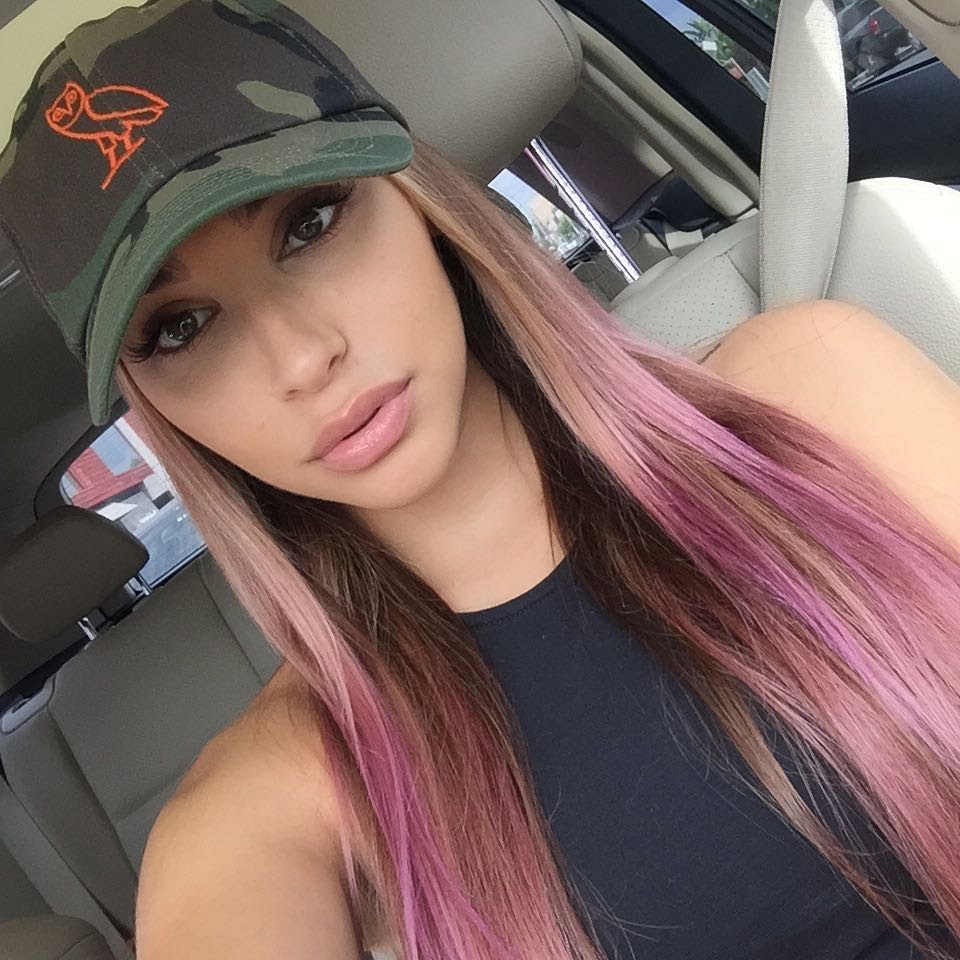 hantel Jeffries was that mystery girl who was seen with Justin Bieber when he got arrested for drag racing in his yellow Lamborghini in 2014 in Miami. She was spotted sitting in the passenger’s seat. However, it only seemed like they were close friends or possibly, friends with benefits. Fast-forward to 2015, Bieber was spotted supporting his old rumored fling during a beach photo shoot in Laguna Beach, California. The 21-year-old was seen as the cameraman, really being hands-on with the photo shoot as pics of him shooting the 22-year-old model in a bikini had surfaced. She was there working as a model with the swimwear line, San Lorenzo Bikinis, wearing a light pink, backless one-piece. Even San Lorenzo got in on the fun, posting a photo on their Instagram with the caption, “Sorry @derrenversoza looks like @justinbieber is the photographer on today’s shoot with @chanteljeffries.” 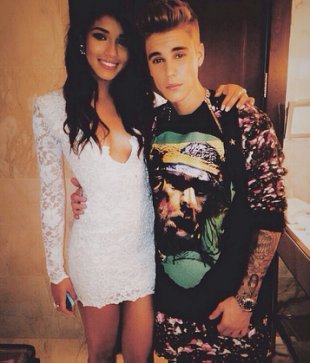 Yovanna Ventura was known as the rebound girl of Justin Bieber’s after his last break-up with Selena Gomez. It was only a week after the singers broke up and already, Bieber was seen flirting and getting close to the Selena look-alike. She spent a weekend in Vegas with both the “Boyfriend” singer andKendall Jenner. In 2014, the pair was seen together often, out and about, including for Justin’s 21stbirthday. The 21-year-old singer was also seen getting hands-on with the Latina model in Venice Beach, California while riding in a rickshaw and later seen with his arm around her. Another sighting was when Bieber took her on the beach as he treated her to a soda pop. It was obvious the two had something but how serious was it? It looks like that’s the reason why she is known as his “rebound” girl because they never took it to the next level and they were seen flirting soon after his relationship with Selena Gomez. 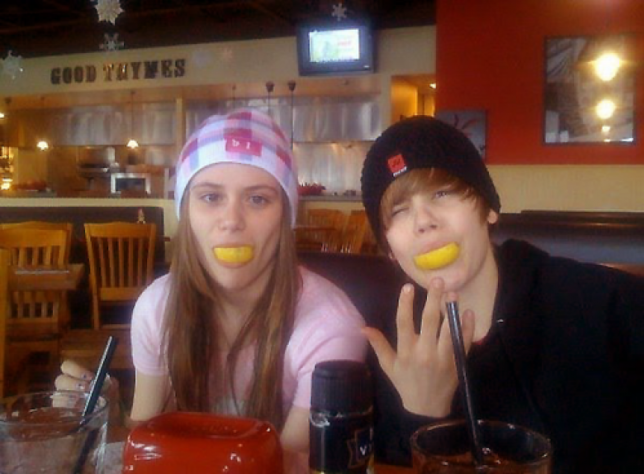 Before Justin Bieber became famous, he was just a regular boy who was exploring. The lucky girl who took his heart for the first time was Justin’s best friend’s older sister, Caitlin Beadles. The two dated for a year from 2007-2008. Although, their relationship took place before Bieber launched his career, both teens were linked to each other again in 2010. By that year, Justin Bieber released his first full-length studio album, My World 2.0 with the lead single, “Baby.” The 21 year-old was on fire then, becoming the most wanted pop star out there, with the support of his fans who went by the name of “Beliebers.” With all the hype going on, there were bound to be rumors everywhere, introducing the Biebs to the world of entertainment. The media quickly jumped to saying that Bieber had gotten back with Beadles, according to some Twitter posts, suggesting the two were on a vacation together in the Bahamas. 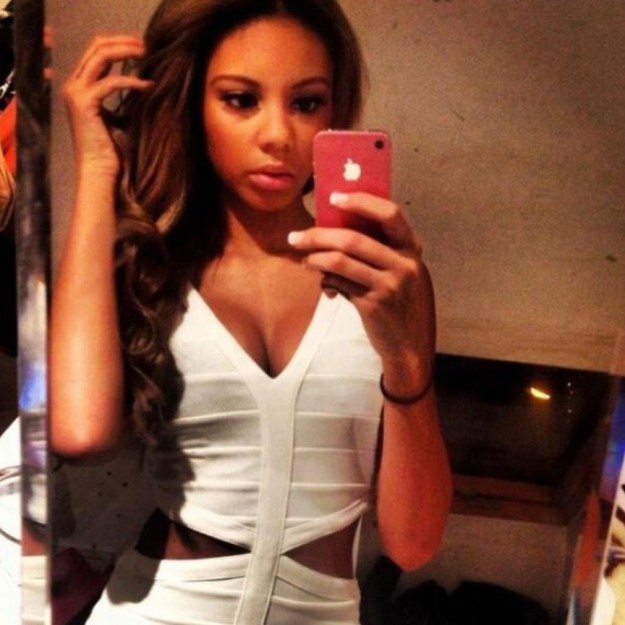 According to U.K newspaper, The Mirror, Ella Paige Roberts Clarke and Justin Bieber met while he was still dating Selena Gomez. They first laid eyes on each other in Los Angeles in 2013 while she was recording. The two were then spotted together all over London including for Justin Timberlake’s concert, the Brit Awards, and finally Bieber’s 19th birthday, which didn’t end well. Although the songstress denied the rumors about dating the “I’ll Show You” singer, she is a Belieber fan herself. Following his birthday celebration, Clarke decided to post a cover of Justin’s “As Long As You Love Me” remixed with Rihanna’s “Diamonds.” If she was denying rumors, this move didn’t help her cause at all. Her cover obviously stirred the rumors even more and Bieber’s fan base were not too fond of the possibility that JB had moved on with another girl. They began to do what they do best and that was sending out nasty tweets to Clarke. The tweets were nasty that she had to block them on Twitter. Poor Clarke. However, the rumors eventually faded.

Rumors began surrounding Tati Neves and Justin Bieber when the Brazilian model took a video on her camera phone of her laying down with the Biebs while he was sleeping in bed. She later appeared on the Brazilian show Fantastico, confessing that she did the video because she wanted to prove to a friend about her night with the famous pop star. However, when the question of her having sexual relations or not with the “Baby” singer came up, she did hold back from responding. After appearing on the show, Neves finally went into detail in an interview with The Sun. She began revealing her night with the pop singer, this time not holding anything back. “It was marvelous and unforgettable,” she told the publication. “He has quite a fit body and looked great naked. Take it from me, he’s well-endowed and very good in bed.” There were no comments from Justin’s team to deny Neves’ claims. 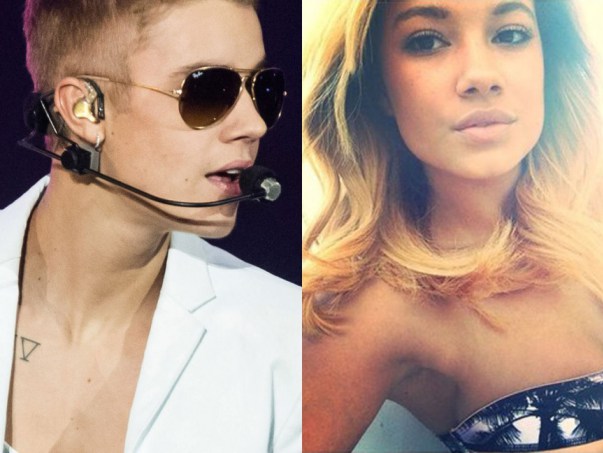 Justin Bieber and Jordan Ozuna were first seen together when they were spotted making out while skydiving in June 2013. After that date, she wasn’t seen much with the “Sorry” singer, which TMZ claims it was because he had dumped her for other girls he was seeing around the same time. The 22-year-old model and Vegas Hooters’ waitress was then seen again later in February 2014 with the boy toy which was around the time he had split with Selena Gomez. According to TMZ, Ozuna was visiting Bieber in his new Atlanta pad and even spent a few days there with him. She had posted a picture on her Instagram of her in bed, which TMZ claims it was from Justin’s bed. It is pretty clear these two had something, but nothing more than a fling. 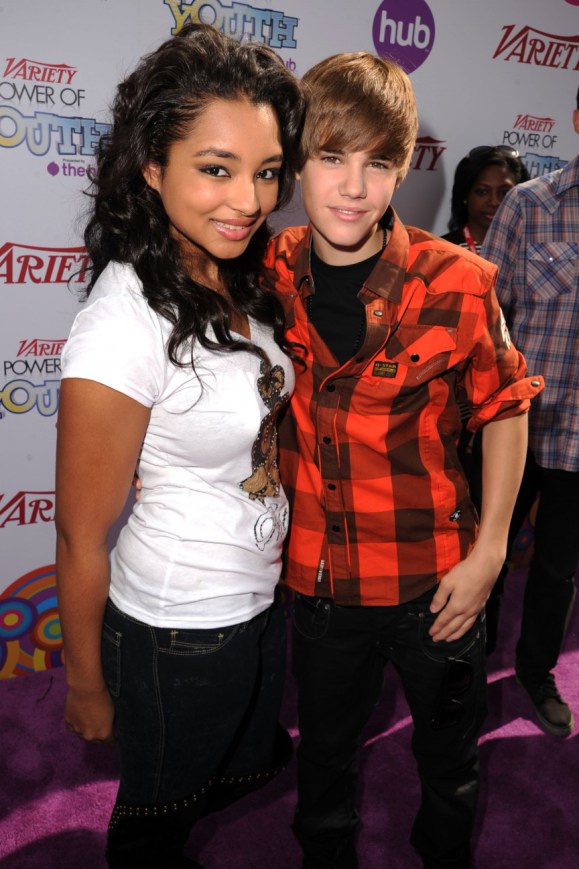 In 2010, Justin Bieber had taken the world by storm. His international hit, “Baby,” was released featuring Ludacris. It was a big year for Bieber. So it was no surprise that all cameras were on him and captured him canoodling with some mysterious girl. During his My World Tour, he was seen holding hands with singer, Jessica Jarrell. The two were seen on stage hugging, getting really close to each other and couldn’t keep their eyes or hands off each other. Rumors began going around like crazy wondering who this brunette lady was that the pop star was seeing. Belieber nation was sure not a fan of these rumors considering he was hot in his career. The two singers did mention that they were only really good friends, but in 2013, Jarrell showed up at the premiere of Open Road Films’ Justin Bieber’s Believe at Regal Cinemas LA Live. She attended the event in a tight, red-fitted dress. Rumors were never clearly confirmed, so who knows if the two were an item or not. 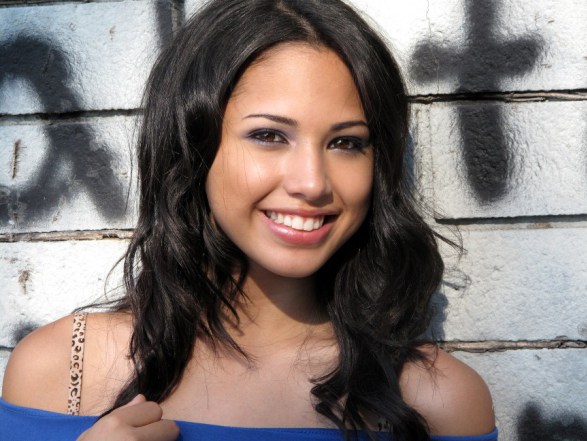 Although Justin Bieber was linked to both his ex-girlfriend, Caitlin Beadles, and rumored girl, Jessica Jarrell, there was yet another female that might have caught the singer’s eye. Jasmine Villegas first came onto the scene as that girl in Bieber’s video for “Baby” in 2010. Villegas later revealed how the two had made out and dated briefly after the video’s release. She couldn’t stop gushing to Tiger Beatmagazine about her video co-star. “He’s just an outgoing person,” she told the magazine. “He’s just so random, but I think everybody would know that.” She continued gushing about the singer and songwriter, almost sounding like his number one fan. “There’s not much that I would know that people don’t know because Justin is just 100 percent real with his fans and his friends and he gives everybody his full personality,” Villegas said. “So that’s a really good thing about him. He’s not fake at all. He’s just like, ‘I’m Justin. Here’s me.’”