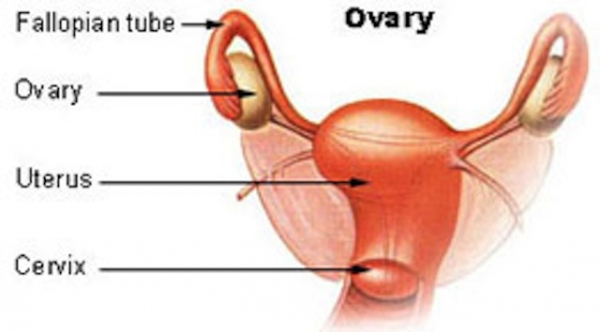 There are some early warning signs you can look out for. But you need to combine your observations with other factors, as you don’t want to be jumping to conclusions too early.

Keep a healthy balance between denial and hypochondria
First and foremost, don’t panic. As mentioned before, your symptoms can mean many different things. The chances that you actually have cancer are very small. Ovarian Cancer National Alliance points out that for every 100 women whose symptoms match those of ovarian cancer, only one would actually have early-stage ovarian cancer.

That said, if you do feel something is odd, you shouldn’t just ignore it. People are terrified of cancer and still perceive it as an incurable disease, so they often want to hide from the fact that something is wrong with their bodies. But that of course only makes it worse, as you’re losing precious time. MedicineNet states that only 20 percent of women with ovarian cancer are diagnosed early, when the disease is most curable. So, if you feel that certain symptoms persist and are unusual for you, go and check them out. Better safe than sorry.

The most common type of ovarian cancer includes epithelial tumors, which form in the thin layer of tissue that covers the outside of the ovaries. These tumors occur in 90 percent of cases. The rarer types are stromal tumors, which develop inside the ovaries’ supporting tissue, and germ cell tumors, which begin in the egg-producing cells.

The eight most important warning signs of ovarian cancer

Abdominal bloating or swelling: The size of your abdomen increases, you feel bloated and full of gas. You might notice that some clothes feel tighter around your waist and hips.

Constipation and other changes in your bowel movements.

Pelvic pain: You feel discomfort or pain in the pelvic area, and sometimes also in the abdomen. If your pain persists, you shouldn’t just brush it away, or mask it with painkillers. Your pain usually wants to give you an important message.

Low back pain, especially if it radiates to the pelvic area.

Urgent or frequent urination: You feel an urgent need to pee and you hardly make it to the toilet on time, and/or you need to urinate in short intervals. Many women experience this – it can often be a sign of weak pelvic floor muscles (which can be strengthen by Kegel exercises), or you might have a urinary tract infection. But keep an eye on it, as it can be a sign of something more sinister going on.

Loss of appetite or feeling full quickly when you eat: Also observe any unexplained weight loss. Women are usually happy when they shed a few pounds, but it’s not always a good sign.

Fatigue: Feeling overly tired and low in energy can signal an underlying condition.

It doesn’t mean you need to have all of the above symptoms. Sometimes one can be enough to signal there is something doggy going on. If the symptoms continue for two weeks or longer, it might be time to visit your doctor to check things out.

Childbearing and menstruation: Women who have never given birth have a higher risk of developing ovarian cancer, and so do women who started menstruating early (before they were 12 years old), and/or reached menopause late (after 50). The number of periods you go through seems to be linked with your chances of getting ovarian cancer. For example, women who have more kids have a smaller risk of developing the disease.

Some medication: Taking hormone therapy after menopause, or using fertility treatment (long-term and large doses) can increase your chances of ovarian cancer. On the other hand, some studies show that oral contraceptive pills reduce the risk.

Other risk factors: These include smoking, obesity, use of an intrauterine device and polycystic ovary syndrome.

The problem is that there is no reliable screening method for ovarian cancer. That’s why it’s so important not to hesitate to see your doctor if you have concerns. And the doctor shouldn’t dismiss your concerns either. Pelvic examinations, ultrasound scans and blood tests for cancer-related markers can all be used to detect the condition.

Scientists continue to work on developing a better detection method for early-stage ovarian cancer. Until then, take time to get to know your body, look after it, listen to it and try to feel when something is wrong. That will probably be one of your best assets in combating any disease in its early stages.