See Here: 8 Sweet Things to Do For Your Boyfriend 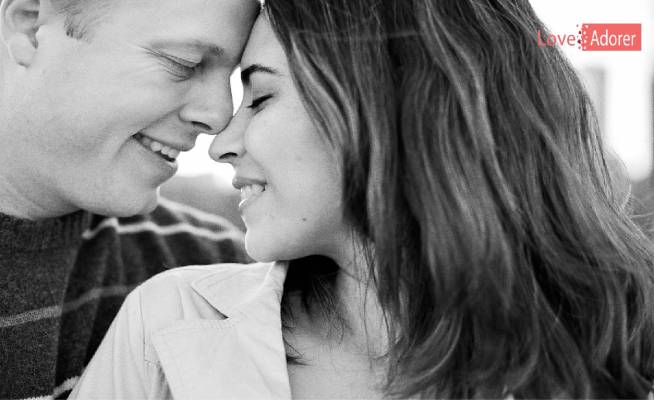 1. While they are at work, randomly give them a call around the time at which they get off. Tell them that you want to go to that quiet park in the city or the beach. Insist and convince them without being difficult. When they agree, hold their hand and walk. Here them talk or let them be in peace.


2. You’re both watching a random TV show and you notice that his shoulders are stiff. Put a cushion in front of the sofa and ask them to sit on it. While they continue watching TV, give him a little massage. If you don’t have any oils, you can even use a nice body lotion.


3. You realize that the two of you haven’t met in a while and the pressure from work is keeping you both away. If you still don’t have time to meet him, send him a long text message telling him that you miss him very much and you can’t wait to feel his presence around you. boys act all manly when it comes to cheesy things, but they love them as well.


4. You see that he is trying really hard to make his biceps and triceps better. He’s regularly going to the gym and eating the right things. One evening, just go to him and randomly touch his muscles. Compliment him on how they turned out to be so amazing and you think that he looks even more amazing now.


5. You can even share your fantasy with him. Tell him how you always wanted your boyfriend to do this certain thing. Ask him to fulfill that fantasy of yours. He would feel great that you asked him to do so for you.


6. It might sound a little crazy, but sit with him while he is about to sleep. Ask him what his craziest fantasy is. Discuss it with him and then try your best to fulfill it. He will go crazy for you once he knows that you are trying for it. Even if you fail to fulfill it, he will love you for making an effort.


7. On a random weekday, wake up before him. Make a special breakfast for him. It could be anything he likes from cheese omelette to pancakes. Along with that, make his favorite coffee. Add a little different flavor to it and then surprise him with breakfast in bed. He’d go crazy for you seeing that you actually did so much for him on a weekday.


8. He is a big Star Wars or Batman fan. He keeps asking you if you have seen those movies and every time you say no, he says he can’t believe people like you exist. Find a cheap DVD of that movie on sale and on one weekend, convince him to watch a chick flick with you. When he agrees, after much resistance, put on his favorite movie. He will be surprised and you might enjoy that movie night the most!