See Here: CREEPY: This Couple Spent Over $300K to Look like Barbie and Ken

Advertisement
At this point, the dolls are more real than they are.
We all have things we're interested in and get excited about. For some people, it's training for marathons; for others, fashion. The things we love shape our personalities and make us who we are. But sometimes we can become passionate about our interests to the point of being obsessed.

There are healthy passions and then there's spending hundreds and thousands of dollars trying to look like human versions of Barbie and Ken.

Meet French couple, Quentin Dehar and Anastasia Reskos, whose aim in life/reason for living is to become real-life Barbie and Ken, no matter how many plastic surgeries they have to have to endure to achieve their goals. 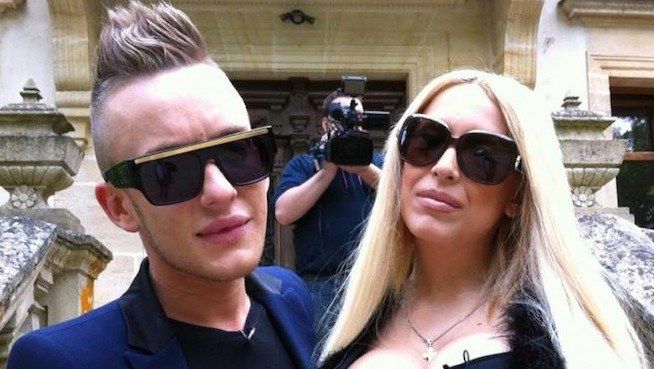 According to The Daily Mail, Quentin and Anastasia have spent over $322,728 on procedures, including (but not limited to) lip injections, butt implants, cheek fillers, two boob jobs, ear reshaping surgery, Botox, veneers, teeth whitening, and nail extensions.

The best part is that all these expensive treatments and surgeries have been paid for by their parents. 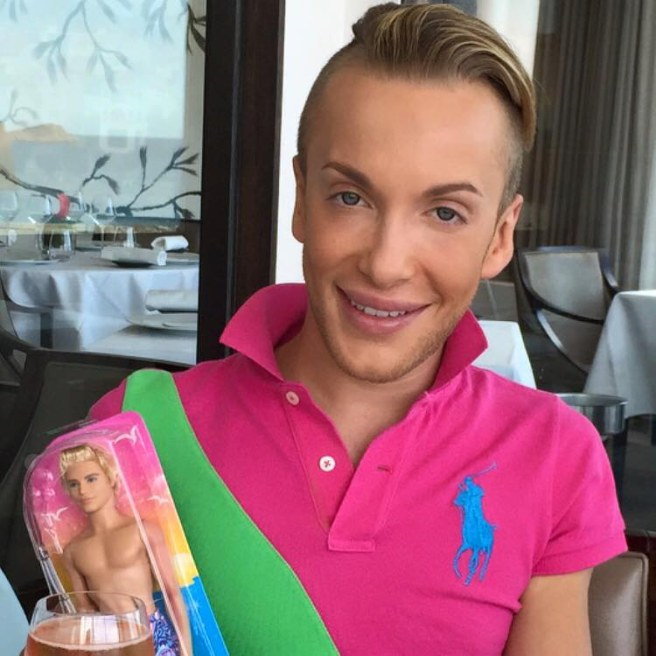 Anastasia, who didn't feel especially pretty growing up, had her first plastic surgery procedure (a nose job) when she was 17. And a year later, she had a boob job — both paid for by her parents.

"I felt so much better after my first nose job and boob job. It was like having amour," she told The Daily Mail. "My parents were so pleased with my nose job, too. I always had a tiny, ugly bump on my nose, but after surgery, it was slightly less visible.

However, my mum and dad weren't so happy about my boob job. They didn't understand why I would want bigger breasts but they couldn't resist treating me to cosmetic surgery. I was a good daughter. I studied hard and did very well at school. At the end of the day, my parents would rather have a teenage daughter who takes care of her appearance than one who takes dr#gs."

Quentin could also relate to not feeling good about his looks when he was growing up. At age 18, Quentin had his first surgery (also a nose job) and a year later he had his first round of Botox.

"At secondary school, I just felt very average. I didn't feel like me. I told myself that I had to go back to the idol of my childhood and become Ken. I can't describe how much happier I was after my nose job and Botox injections. I felt like I was getting closer to becoming the real Ken."

Both Quentin and Anatasia have loving, wealthy parents who made sure that they were well-educated and got everything they wanted, including massive Barbie doll collections.

"At one point, I had over 100 Barbies in my collection and I played with them all the time," said Anastasia. "I loved them! They were so beautiful."

Once out of childhood, their love of Barbie and Ken transformed from wanting to play with them to wanting to be them.

"I adored my Ken dolls," Quentin said. "I had all the wonderful Ken accessories to go with them, too — the toy plane, the house, and the convertible car. I loved his billionaire lifestyle." Quentin finances their Barbie and Ken lifestyle with the proceeds from his two successful cell phone shops.

Like a scenario from a Barbie and Ken imaginary date, Quentin and Anastasia met at a boat party (yacht?) in Saint Tropez. Anastasia describes their magical meeting.

"Quentin walked over to me and said, 'I've found the Barbie to my Ken.' It was so straightforward. We both knew we had met a partner who was going to enable us to become the Ken and Barbie we had always dreamed of being."

As they continue transitioning into the flesh and bone versions of the plastic dolls they love so much, not only do their parents call them Barbie and Ken, but they're having their names legally changed to Ken and Doll (Barbie is kind of an old-fashioned name).

Anatasia says, "It's so wonderful because Quentin and I have made all our cosmetic changes together and we look more like Barbie and Ken than ever. We complement each other. He's made me a better person and he's my best friend."

He's helped her to become Barbie to his Ken, but spending money trying to look unreal and plastic isn't exactly a good indicator of having a strong character and being a good person.

I wonder: If they have a daughter, will they name her Skipper?