See Here: Kim Kardashian Continues to Get Extremely Real About Her Difficult Pregnancy 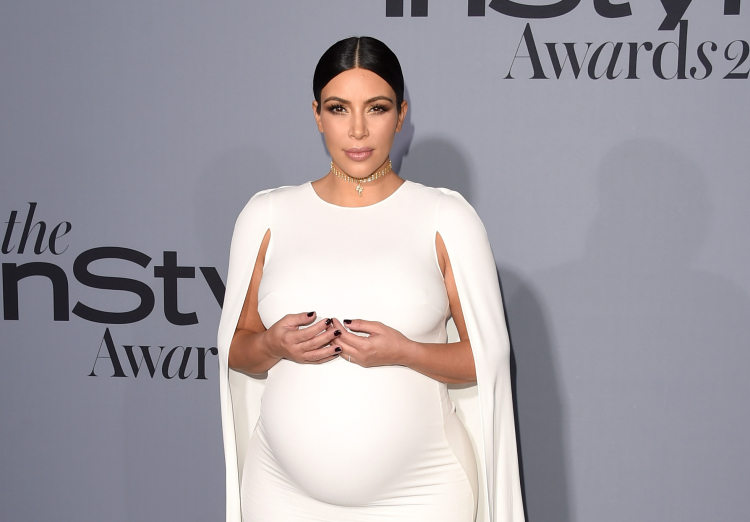 Kim Kardashian has been quite forthcoming about the difficulties she's had during her current pregnancy, writing a blog post about how it's the worst experience of her life and telling E! News that she straight-up hates it. Now, in another blog post on her site, Kim has gotten more specific about the problems that have plagued her during both pregnancies. When she was pregnant with North, she was diagnosed with preeclampsia and had to deliver six weeks early. At that point, things got real:

Right after delivery, the placenta usually then comes out. Mine did not. My placenta stayed attached inside my uterus, which is a condition called placenta accreta ... My doctor had to stick his entire arm in me and detach the placenta with his hand, scraping it away from my uterus with his fingernails. How disgusting and painful!!! My mom was crying; she had never seen anything like this before.

She went on to say that it was "the most painful experience of her life" and said she still had to have a remaining piece of placenta removed later. Her risk for both preeclampsia and placenta accreta is increased in her second pregnancy, she explained, which is understandably causing her to worry. "T​here's not a whole lot I can do to prevent it, so my anxiety is a little high leading up to my delivery," Kim wrote. "In a very rare case, I might need a hysterectomy after delivery if my condition is severe enough, but luckily my doctor doesn't think this will happen. So as time goes on, I am stressing out less and trying to go with the flow.​"

Kim ended her post with some information bout preeclampsia and placenta accreta for any moms-to-be curious about those conditions, because KimKardashianWest.com is nothing if not a good source for interesting medical facts.