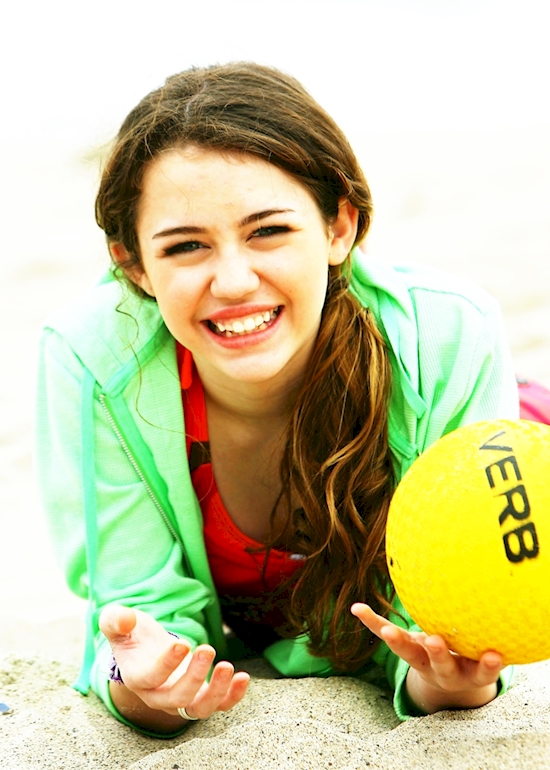 This adorable, innocent kid has a famous dad and a future that is about to dropkick him in the face. 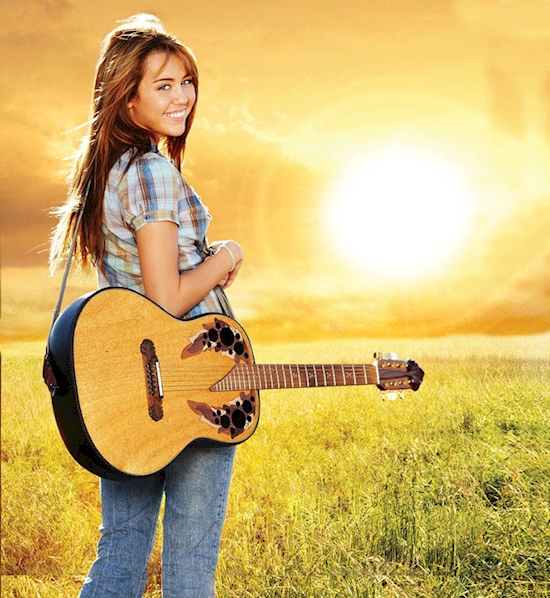 A plaid shirt & jeans, an acoustic guitar and "wide open spaces," as the Dixie Chicks would put it. This girl had it all. What do you give the girl that has everything? Contrast. 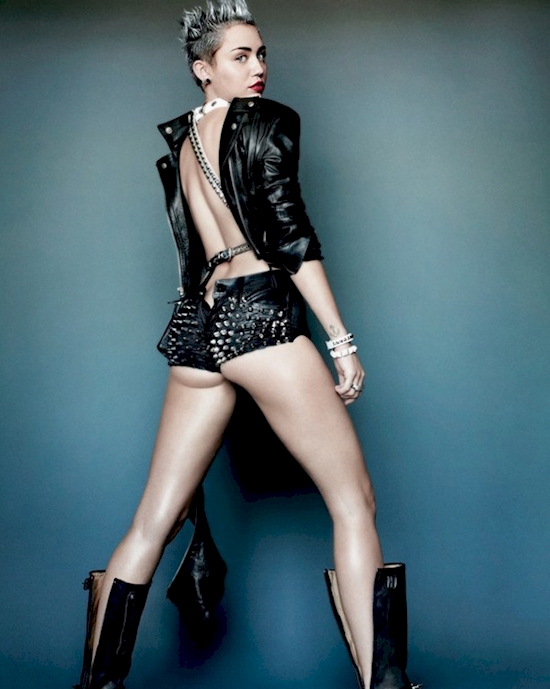 Contrast, indeed. She traded barnyard-chic for a dark, only-grown-ups-allowed wardrobe and a snarky attitude to match. Those boots were made for somethin', that's for sure.


#4 Contrast, indeed. She traded barnyard-chic for a dark, only-grown-ups-allowed wardrobe and a snarky attitude to match. Those boots were made for somethin', that's for sure. 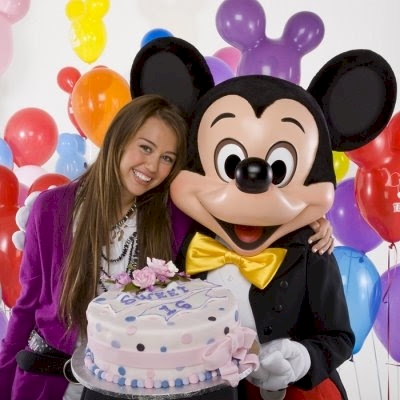 This is where most of us met Miley Cyrus and our parents were so pleased. Gone were the questionable influences of the Spice Girls! This new generation of tweens would have a real role model! "Disney channel kids are guaranteed to grow into respectable members of society" – parents who were wrong. Very wrong.


#5 ... For Freaky Mouse (It's Supposed To Be A Bear, But Honestly, It looks Like A Mouse Posing For A Selfie) 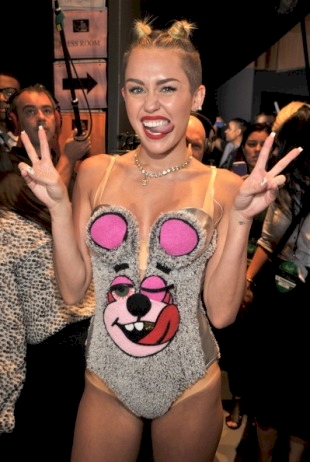 Miley actually said “If I wanted to do a raunchy sex show, I wouldn’t have been dressed as a damn bear!” after getting flack for dressing like this on stage. The "bear" wasn't exactly "on her body" for most of the show, so calm down, Miley. 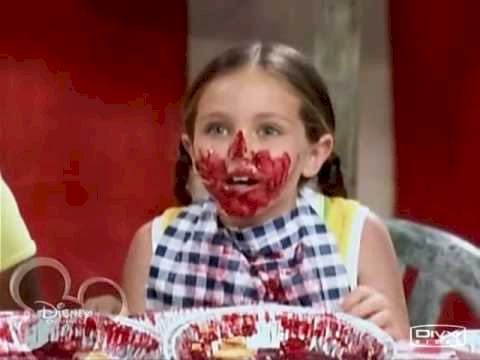 Just look at that face. Little Miley was one of the cutest kids on TV. Her crooked teeth and bright eyes made her the perfect choice to play Hannah Montana. 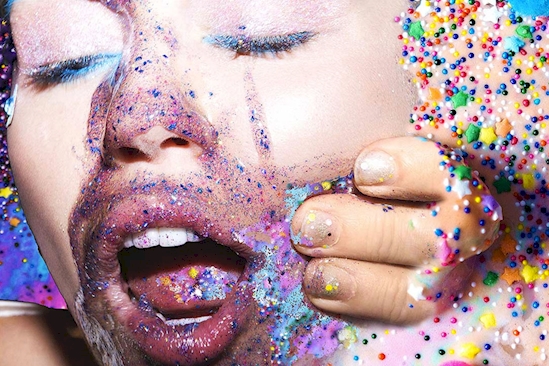 Nowadays, this is happening and no body knows how to turn it off! Dooo It is Miley's latest masterpiece, and hats off to anyone who can explain it. 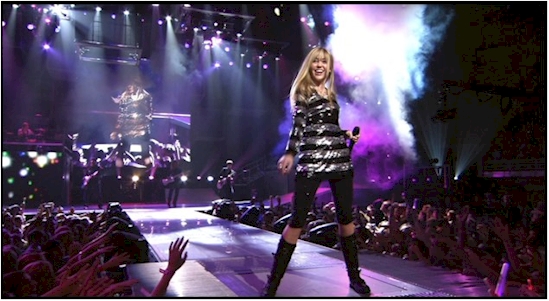 Ahh, the good ol' days when Miley was Hannah Montana by night and herself by day. Hannah was as dark an alter ego as anyone could imagine for innocent, little Miley.

When Billy Ray and Miley played themselves on Hannah Montana, she seemed to be like any other kid, both on and off the screen. 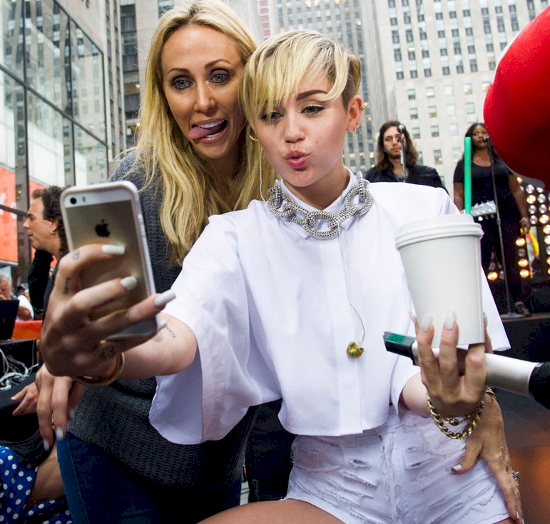 In what felt like five minutes, Mamma Cyrus made some "adjustments" to Miley's image and effectively changed her forever. As her manager, Tish Cyrus has done a 180 with Miley's career, perhaps out of spite? We may never know. 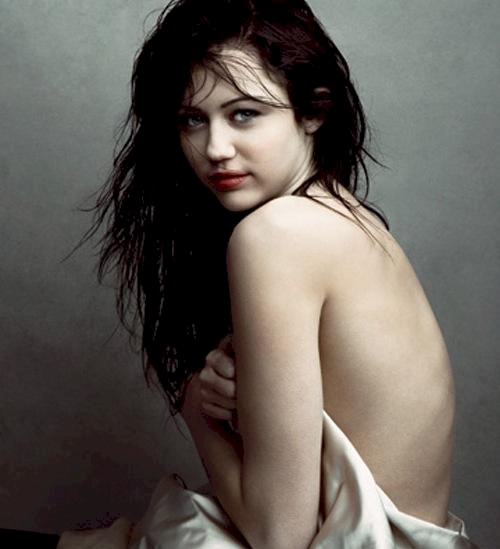 When she was 15, Miley did this photo shoot for Vanity Fair and, like Heath Ledger's Joker always says, "everyone loses their minds." She later apologized to her fans stating: “I took part in a photo shoot that was supposed to be ‘artistic’ and now, seeing the photographs and reading the story, I feel so embarrassed." She continued to say, "I never intended for any of this to happen and I apologize to my fans who I care so deeply about.” We just didn't know how good we had it. 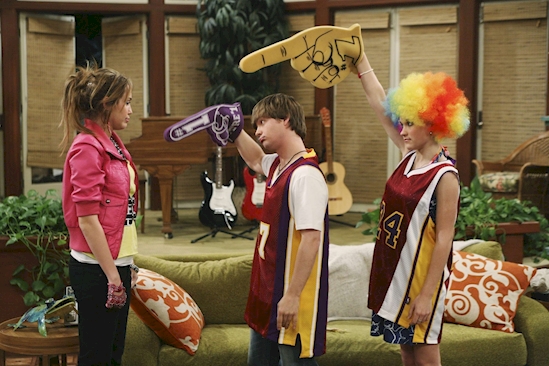 Back when the foam fingers were worn by everyone else, nobody could expect how she'd eventually re-purpose one.

The final, dad-cringing, baseball-pastime-ruining moment would have to be this one! Foam fingers will never be the same again.