Advertisement
Meet Kate Stewart the centre of one of the greatest rags to riches stories ever. She left school at seventeen with absolutely no qualifications and a baby. Within six years she had made her first million.
Now she’s 33 and a multi millionaire who just loves to splash the cash. She’s so rich she prefers to pay for designer clothes to be delivered to her hotel when she goes away rather than pack a suitcase. Spending £242,000 on diamonds is ‘a bargain’!
The mother of three is appearing on a new channel five show ‘How The Other Half Lives’. She says she is in no way ashamed of her extravagant lifestyle as she has grafted hard for everything she has.
Kate claps her hands together at the sight of expensive pieces of jewellery at Rockefeller’s boutique in Manchester 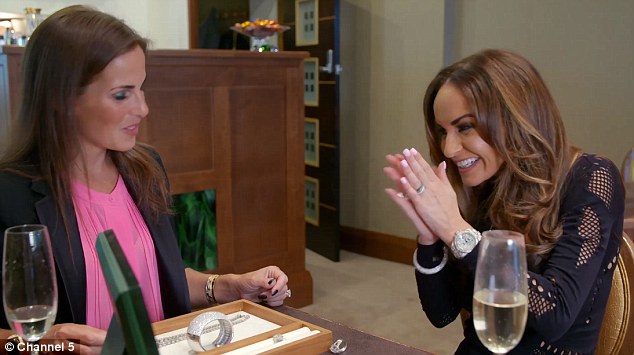 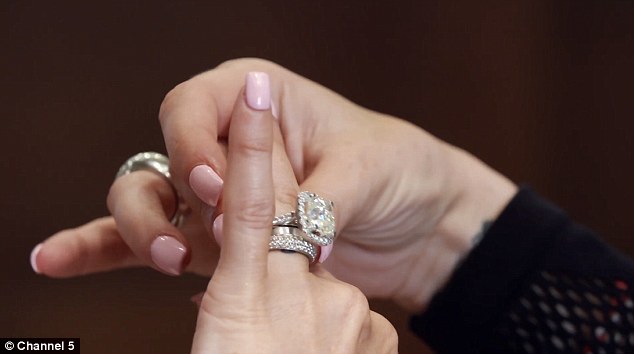 Kate has built an empire of tanning shops and beauty salons, she made her first million ten years ago. She’s gone on to own Liverpool’s Heritage Market and has made several other wise investments.
‘I left school with no qualifications and had a normal, dead-end job paying £2.50 an hour. I got pregnant at 17 and the destiny written for me was “you are going to claim benefits and have more kids”. Everyone wrote me off and I thought “no” and came back fighting. That gave me the drive to achieve.’
‘I did my education at the same time while I was a single mum. I did a degree and ended up running a company and then invested my money correctly so I built up my own empire.’ 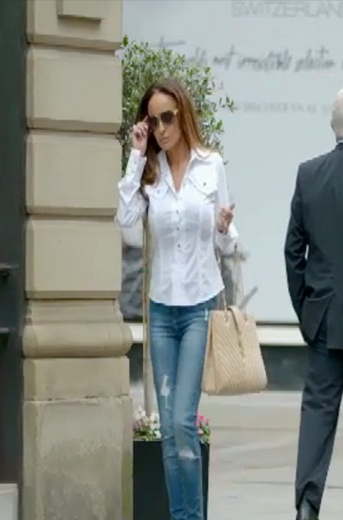 Kate is firmly of the belief that clothes can make all the difference. She pays for a £1,000 pounds a night hotel in west London that offers a designer clothes service. ‘I like to travel light and not have loads of suitcases, and by the time you get here the clothes would all be creased and need to be steamed,’ she explained.
Before she travels she goes online and chooses the outfits she wants for her business meetings and they are all waiting in her wardrobe when she checks in. 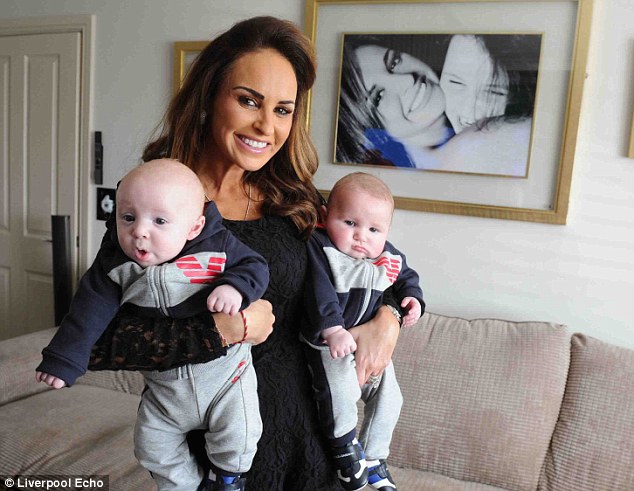 Her daughter in now fifteen and Kate got married to husband Graham, with whom she had twins Graydon and Grayson in September 2014. Sadly, Kate lost a baby six months into a pregnancy so this time she took no chances. She payed a lot of money for regular private check ups and hired her own midwife. She said it’s the best money she has ever spent.
We wish Kate all the best for her future. It’s so inspiring to see someone fight against the odds and succeed in such a spectacular way.