Advertisement
A 1,400-year-old tree has become the centre of attention in the city of Xi’an, central China’s Shaanxi Province.

Stunning photos taken recently of the ginkgo tree - also known as the maidenhair tree – were released on the People’s Daily Online, showing its majestic sea of golden leaves.

According to the report it’s said to have been planted during the Tang Dynasty (618 – 907), and people have been travelling from all over China to visit the spectacular site.

Scroll down for video 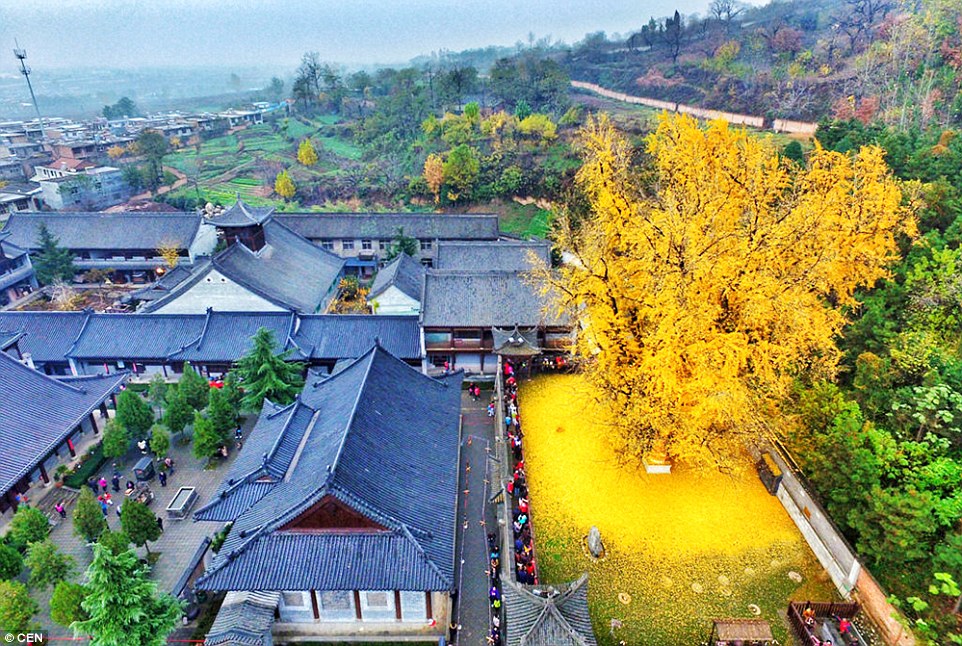 View from above: The tree's leaves have created the illusion of a golden carpet at the Zen Buddhist Temple in Luohandong village, China 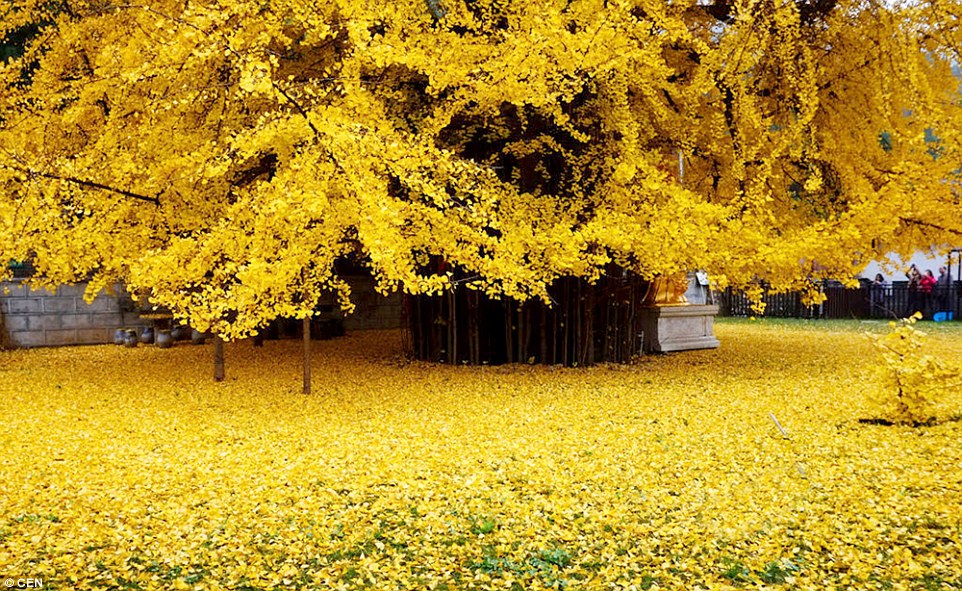 Golden carpet: With fan shaped leaves, the ginkgo is a large deciduous tree that will be completely bare and leafless in the heart of winter 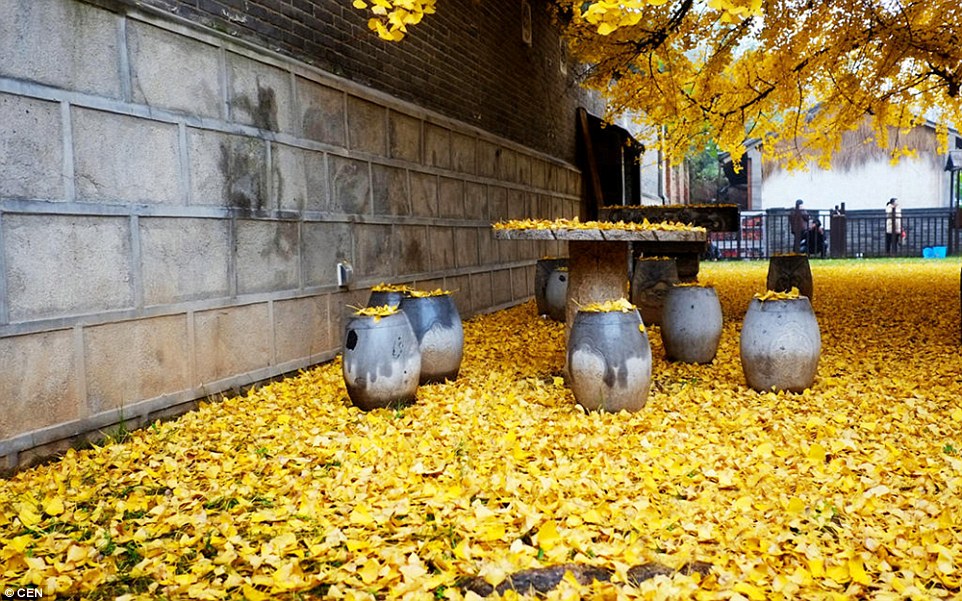 The tree is situated in the Zen Buddhist Temple in Luohandong village in the city of Xi'an.

Video footage of the ginkgo tree was also taken from above and released online. It shows the tree beautifully shedding its golden leaves and flowers next to the green mountainside.

Leaves have been falling from the tree since mid-November, making it one of the sights of the season.

The changing colour and the falling of the leaves marks the start of autumn and it’s something that’s being celebrated around the tree.


Thousands of people have visited the tree, located inside a temple, since the leaves started to turn. Once fallen around the tree, they form what looks like a golden carpet from above.

According to legend surrounding this specific ginkgo tree, it was planted for Emperor Li Shimin. He was the founding father of the Tang Dynasty, ruling from 629 to 649.

The maidenhair or ginkgo tree is described as a 'living fossil.' It is the sole survivor of an ancient group of trees that is said to be older than dinosaurs.

With fan shaped leaves, it's a large deciduous tree that will be completely bare and leafless in the heart of winter.

Ginkgo trees are native to China. 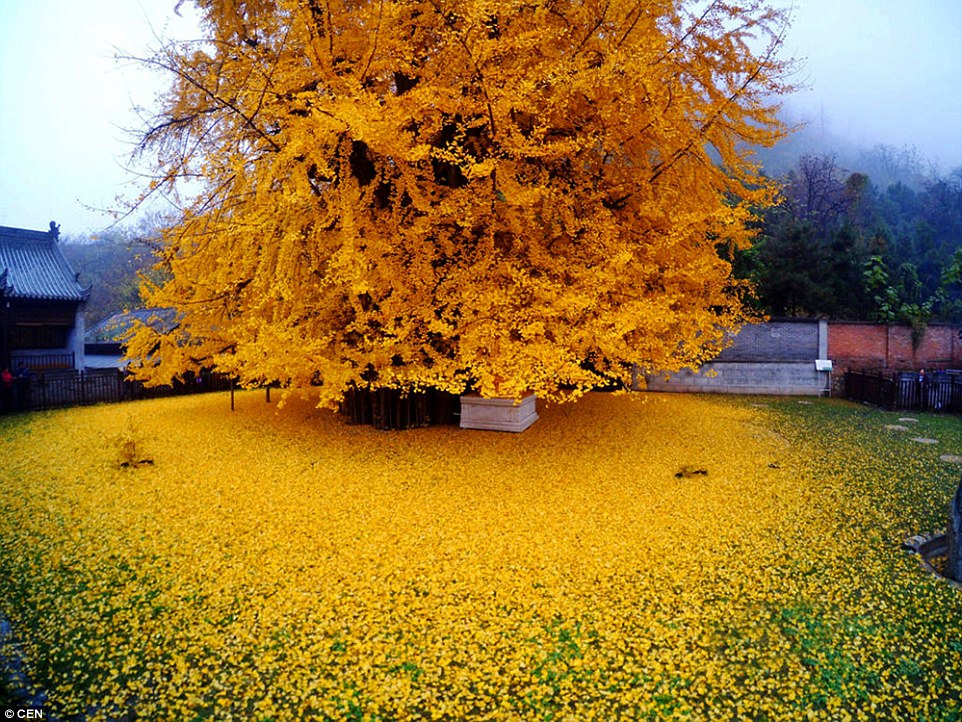 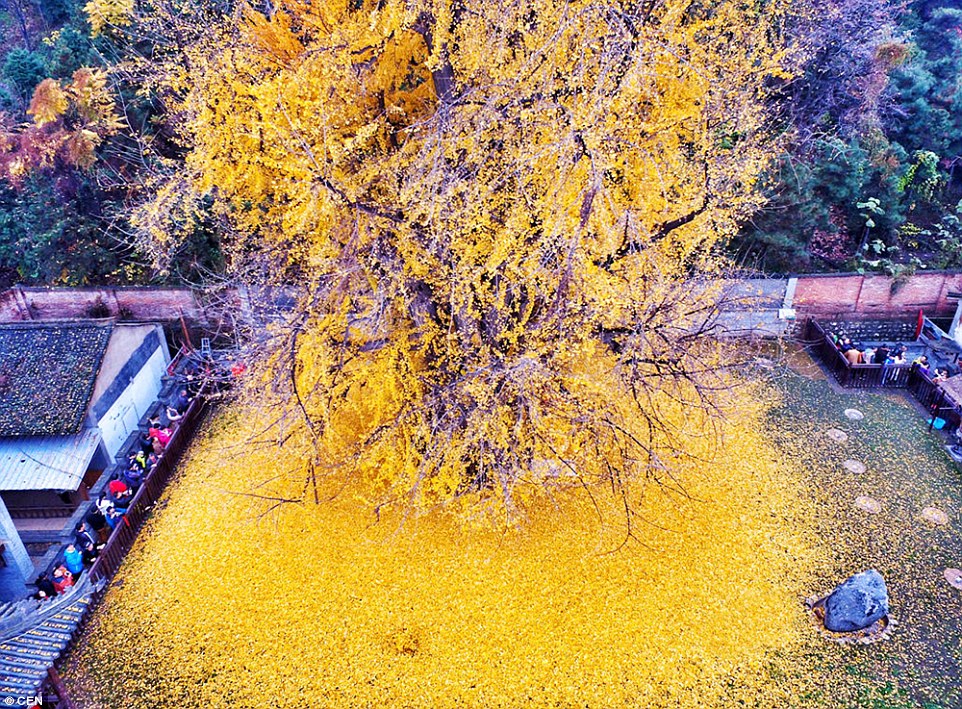