See Here: They hid this baby so that nobody could see THIS face. 22 years later this young woman show all!

Advertisement
Due to this hereditary skin disease, the skin grows 10-times faster than normal. Consequently tearing and bursting constantly and the painful tears are extremely prone to infections. Most affected by this disease die during childhood. 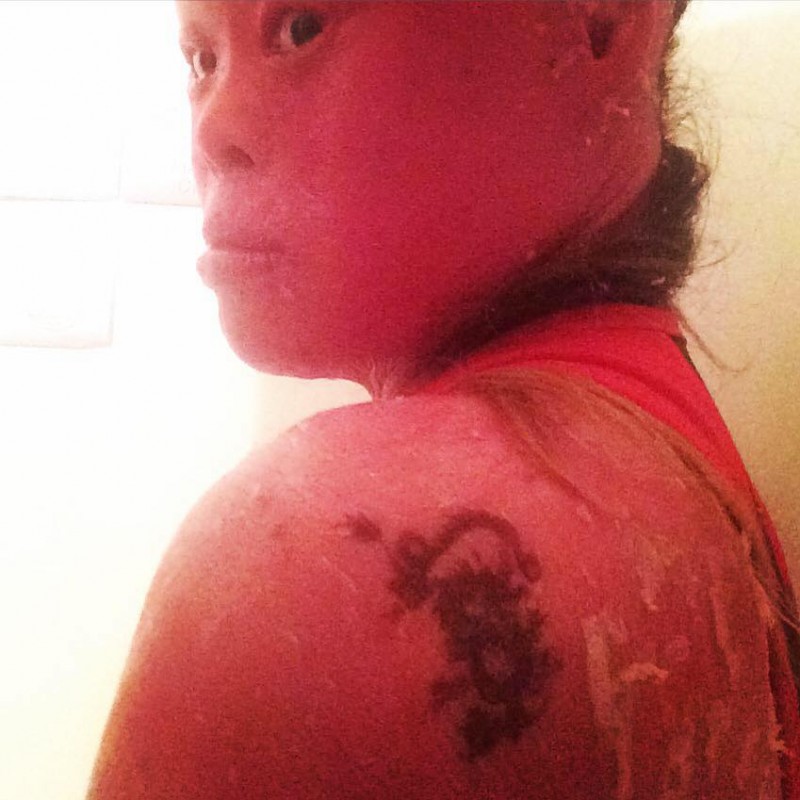 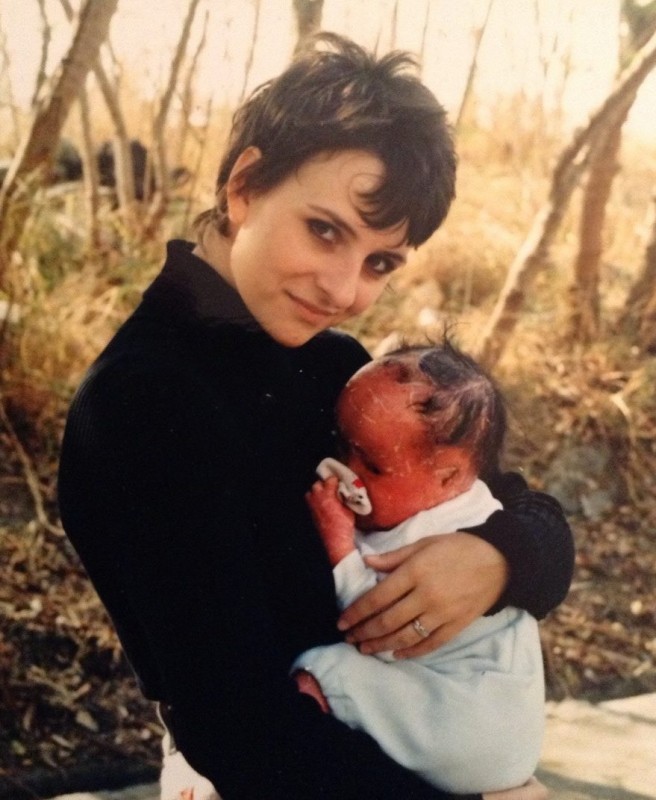 When Mui was born, Tina and Roger Thomas, two emigrants from Germany and Great Britain, were volunteering in a hospital. They instantly made a connection with the little mite and visited every couple of days. The child however, was soon taken to a home for the mentally disabled. "There she would be hidden from society", remembered Roger. "But she is mentally completely healthy. We now had to make a decision." And the decision was: to adopt this girl! 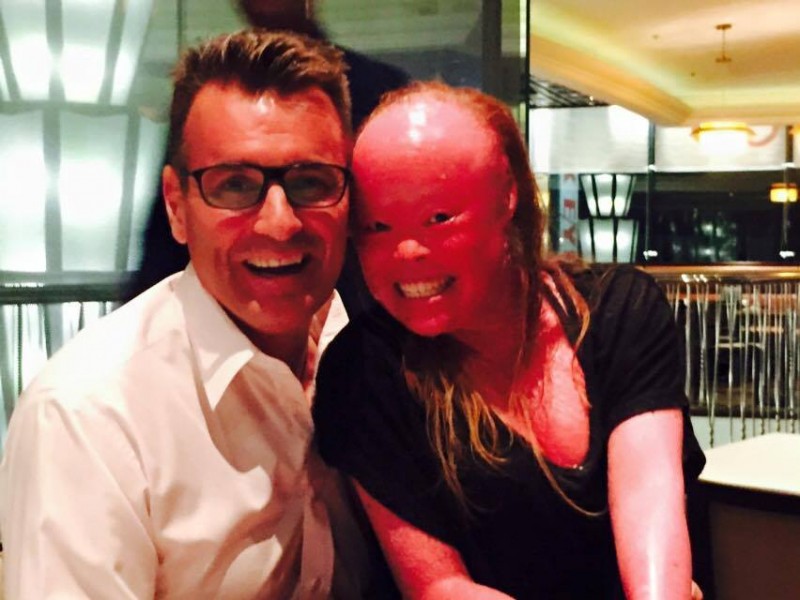 Mui has grown into a confident, happy, young woman - despite the stares and stolen whispers, that accompanies her every move. She reacts back with a smile or a wave. But that was not always the case. 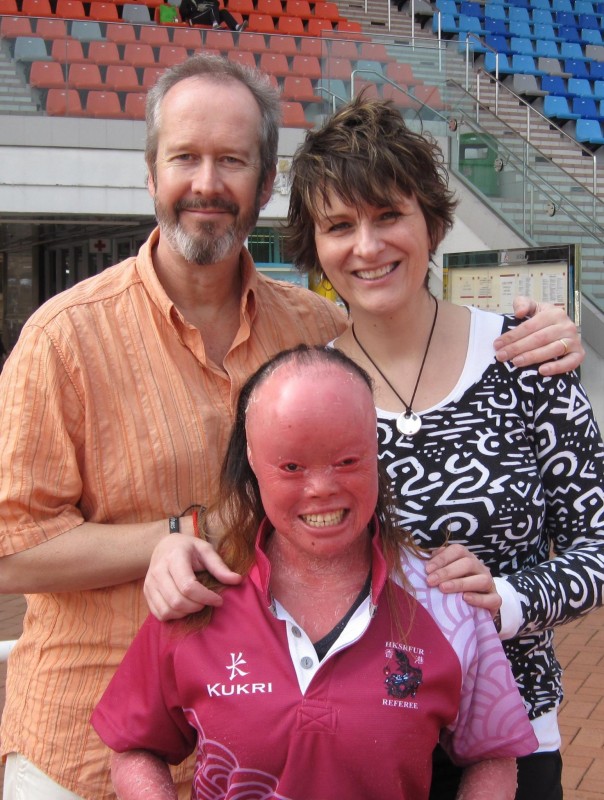 In her school years she was so severely bullied that the girl even considered suicide. Some parts of the school building Mui was not allowed to enter, because the school wanted to protect a boy who claimed to be afraid of her. "A lady once spat in my wife's face and accused her of having burnt Mui", recounts Roger. "But we have always shown her how important it is, to enjoy the world, to use the day. While you never know, what's waiting just around the corner." 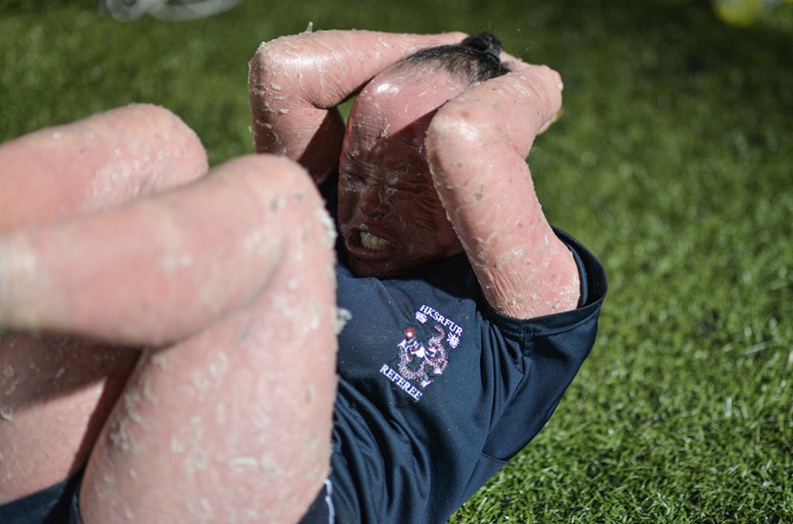 And Mui has found her way: she is a teacher for children with learning difficulties in the Hong Kong district of Wan Chai - and a rugby arbitrator! The contact-sport is her greatest passion and on the field nobody makes a food of her. She dreams of soon being allowed to blow the final whistle in international games. 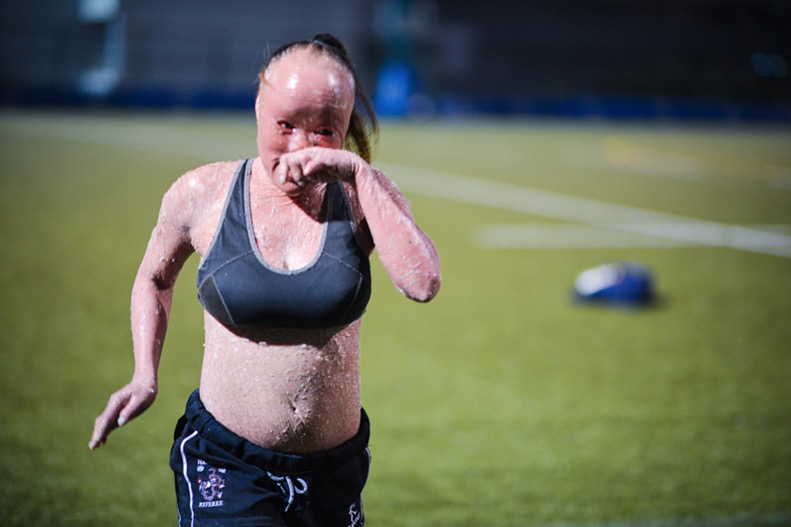 "People with different appearances are often scared to go out and show the world what they have to offer", believes Mui. "But I was always like this, and have simply done whatever I had to, regardless of what other people think."


"The message that I would like to give people is: Don't let anything hold you back, no disability or disease - you are on this in this world to have a good time!", said the 22-year old. "I hope that the the people who have the same impairments and different appearances feel more accepted. They may look different. But that are still just people." 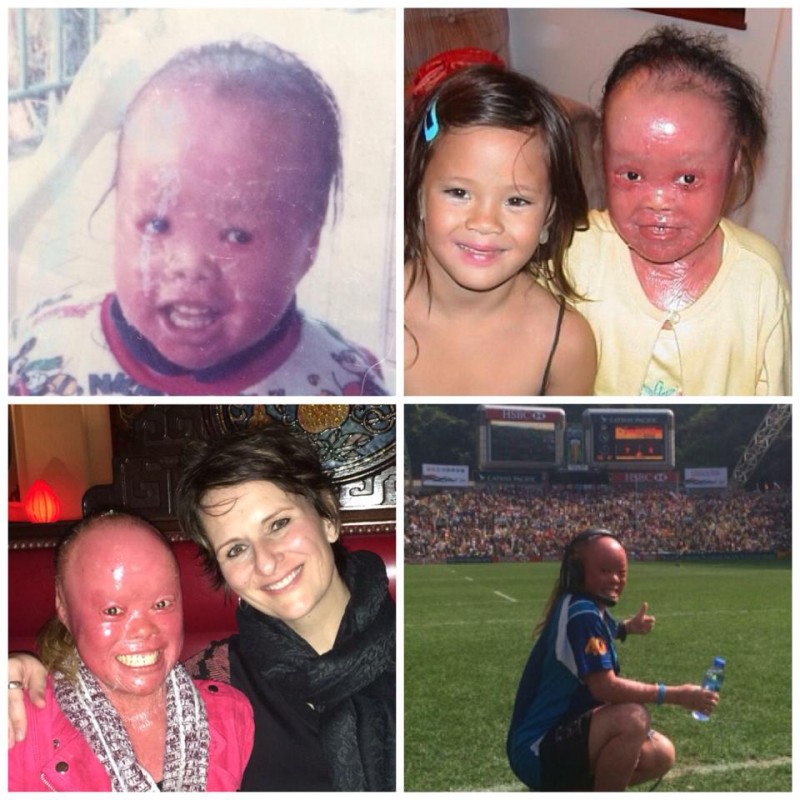 This year the Hong Kong Rugby Union awarded Mui the Arbitrator Prise for "inspiring to master the challenges and adversities of life." And so she is! When the story of Mui Thomas amazed and delighted you, then share it with your friends and family.