Doctors Remove 232 TEETH from boy’s MOUTH in a Record-Breaking Operation. 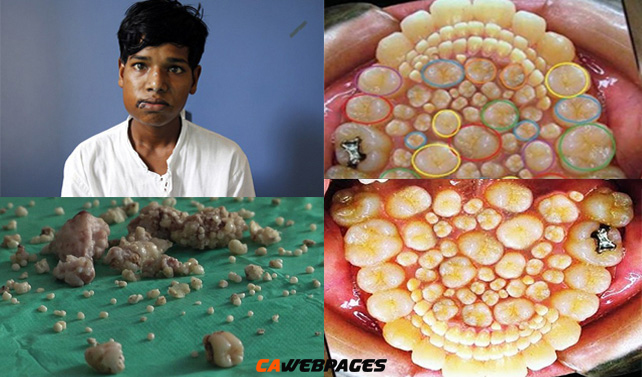 17 year old Ashik Gavai had to put on a brave face for the 7 hour long sitting with dental experts. He had weird teeth like growths inside his mouth and the doctors took 7 hours to remove all.

He was treated in JJ Hospital, Mumbai after being admitted in for a swelling in his lower jaw. The doctors thought it would be a normal surgery but it took them almost 7 hours to remove the 232 teeth. It was tumor with hard tissue with consisted of the teeth. Doctors even feared that the weight of the tumor might damage his lower jaw. Check out the video to see the whole story.
Advertisement