See Here: This Dog's Face Was Eaten By Maggots, See The Transformation Now

Advertisement
But sometimes, simple acts of kindness can change a dog’s life. Read the story ahead to know how this dog got a new life with the love and care it got. 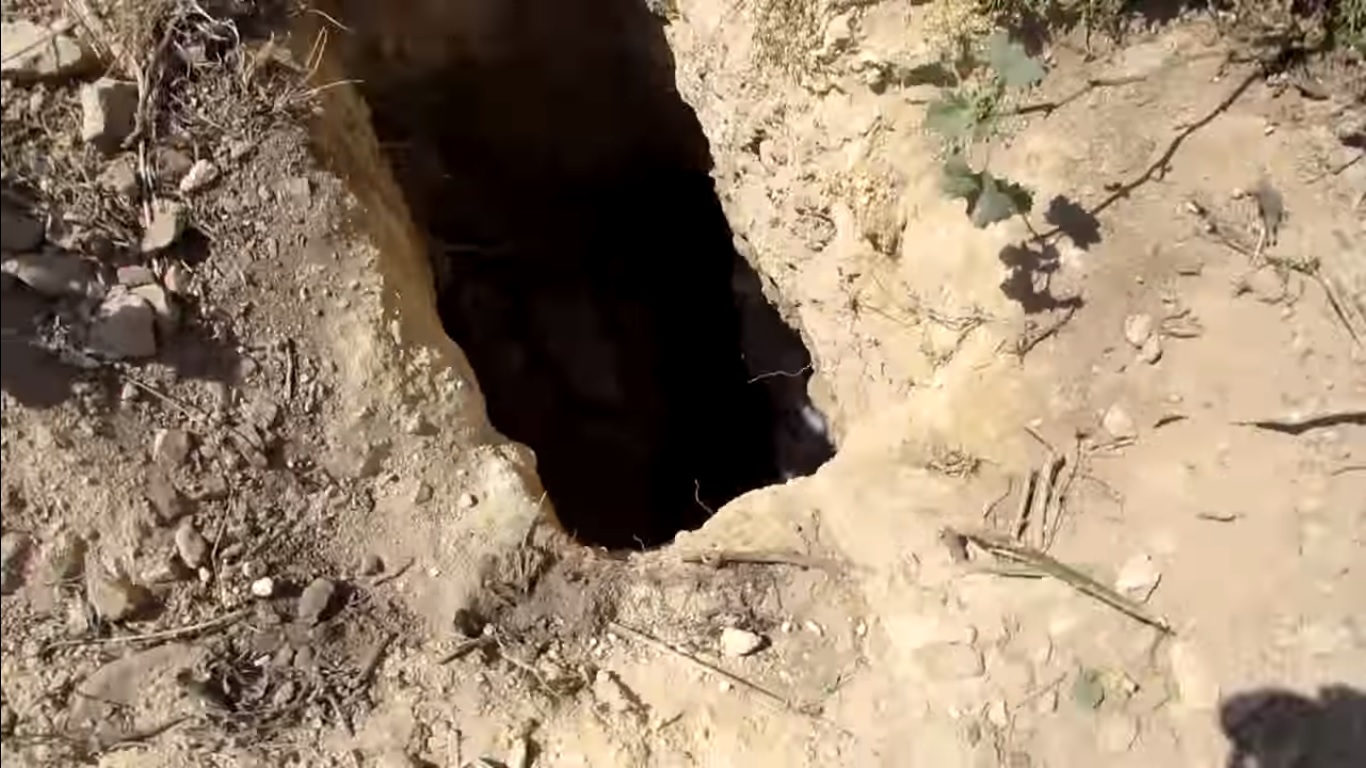 (Via.)
Volunteers from Animal Aid India looked into this hole which seemed empty. But alas, it was not.

A dog was found inside 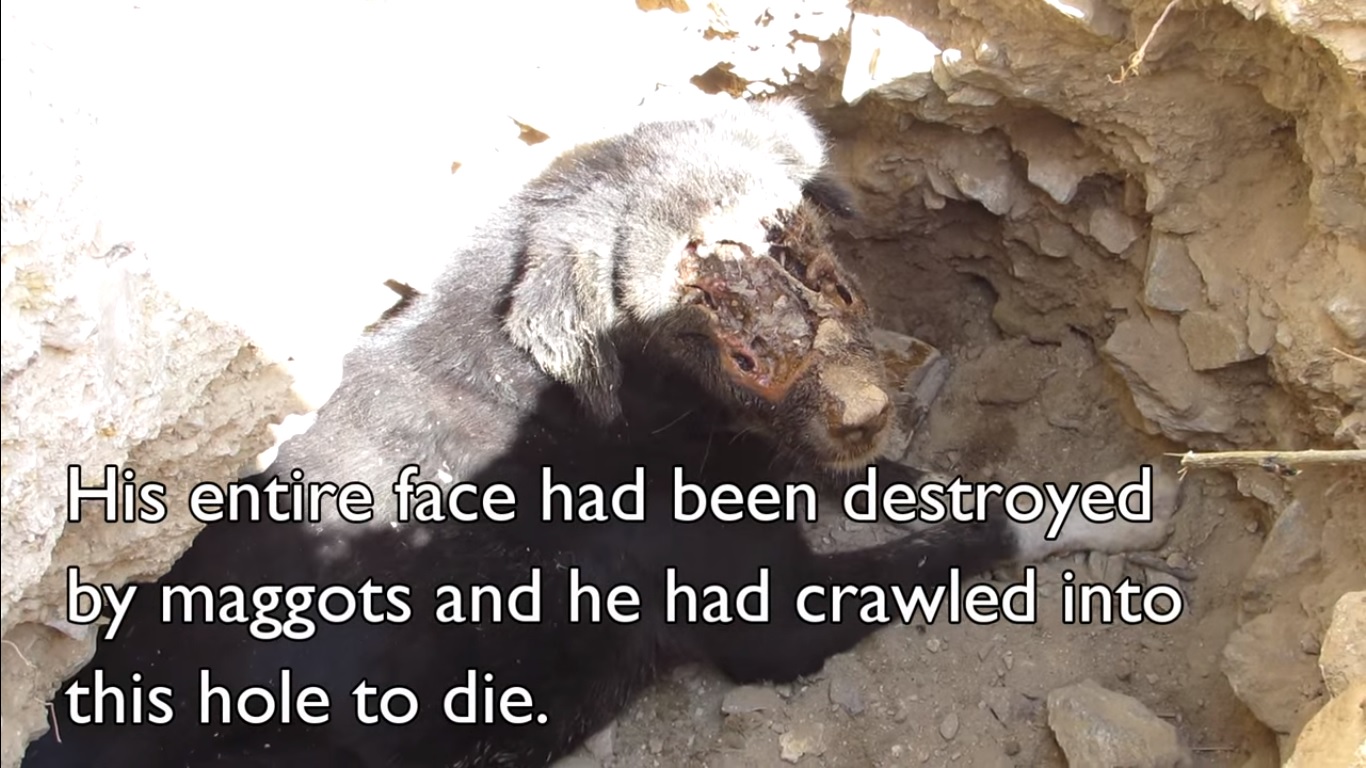 (Via.)
The volunteers found a dog inside that had its face chewed off by maggots. He went inside the hole to wait for his slow and painful death. 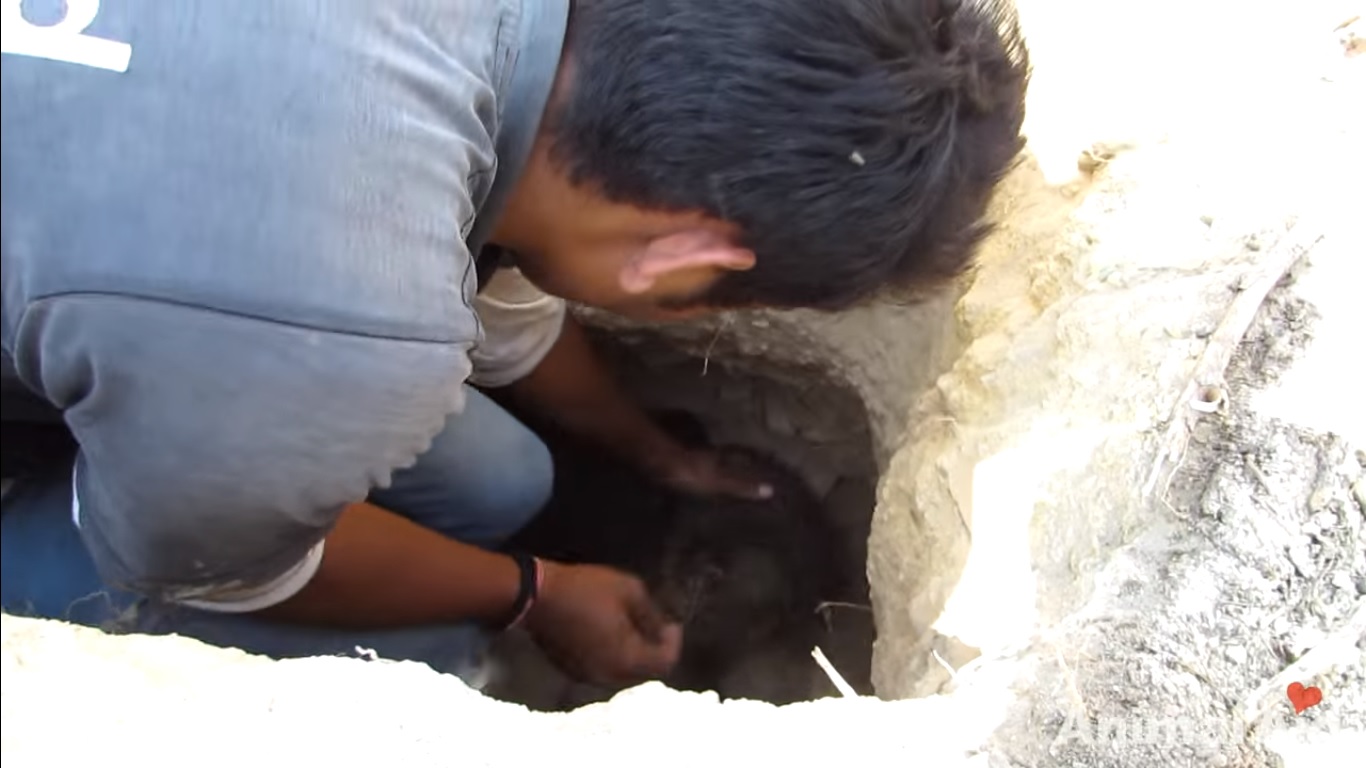 (Via.)
The volunteers took it upon themselves to help the poor dog names Kulu. 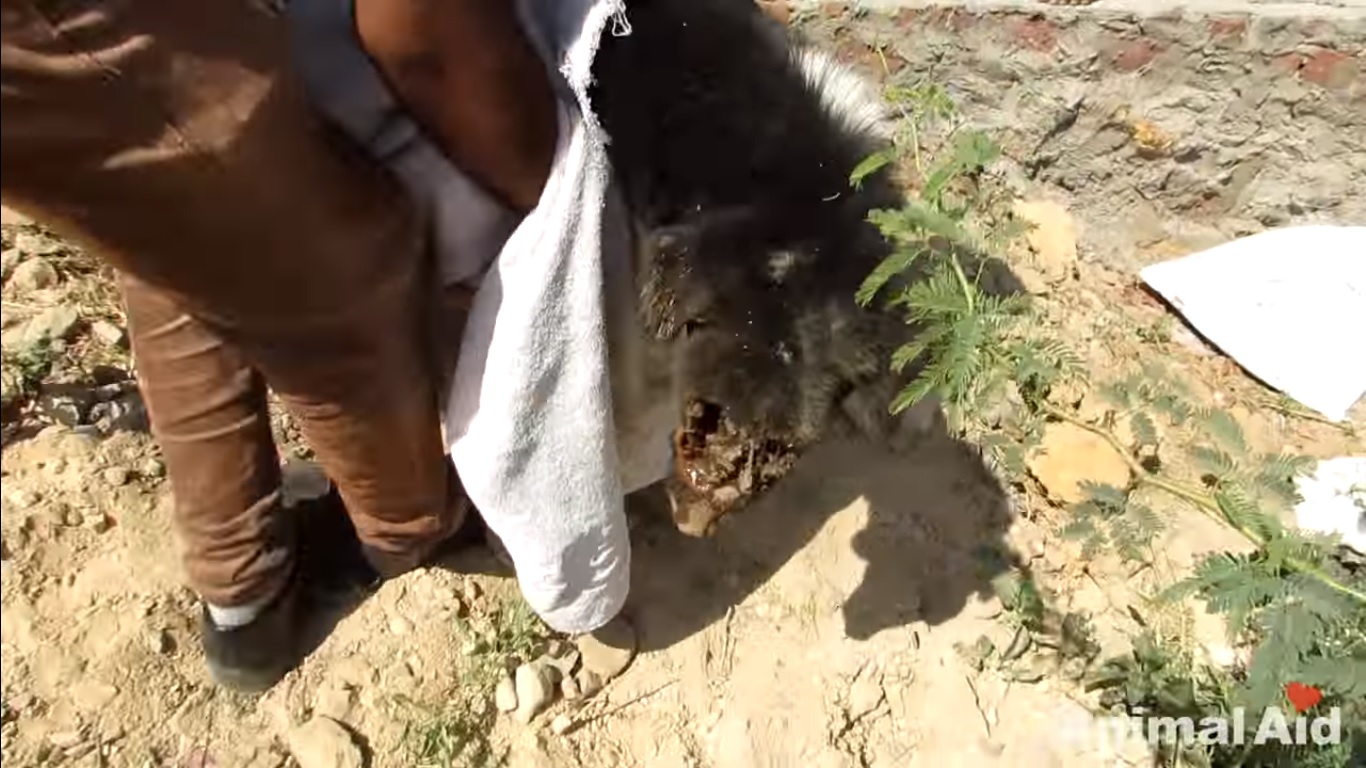 (Via.)
With time and efforts, the volunteers managed to lift poor Kulu out for his treatment. 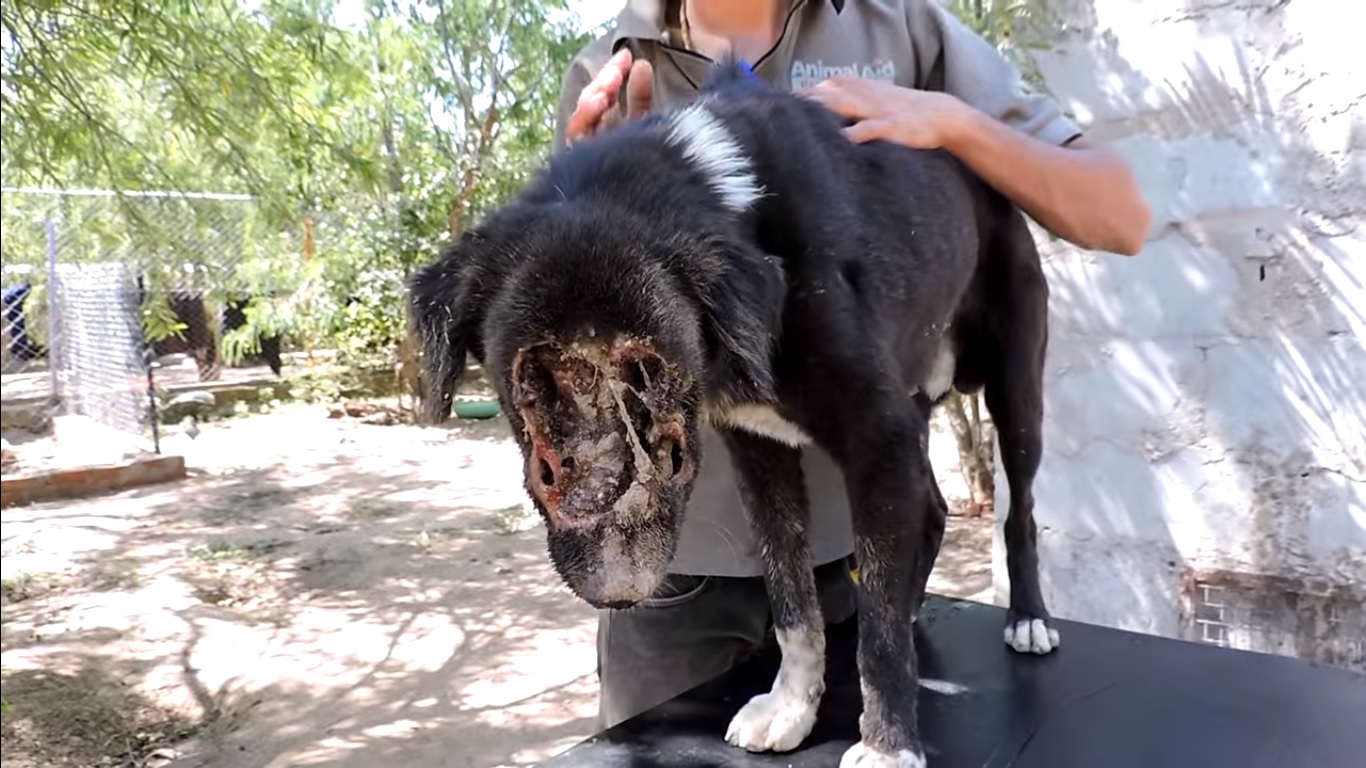 (Via.)
This is what Kulu’s face looked like. It was completely chewed off which even made the volunteers consider mercy killing. But they soon decided to give him another shot at life. 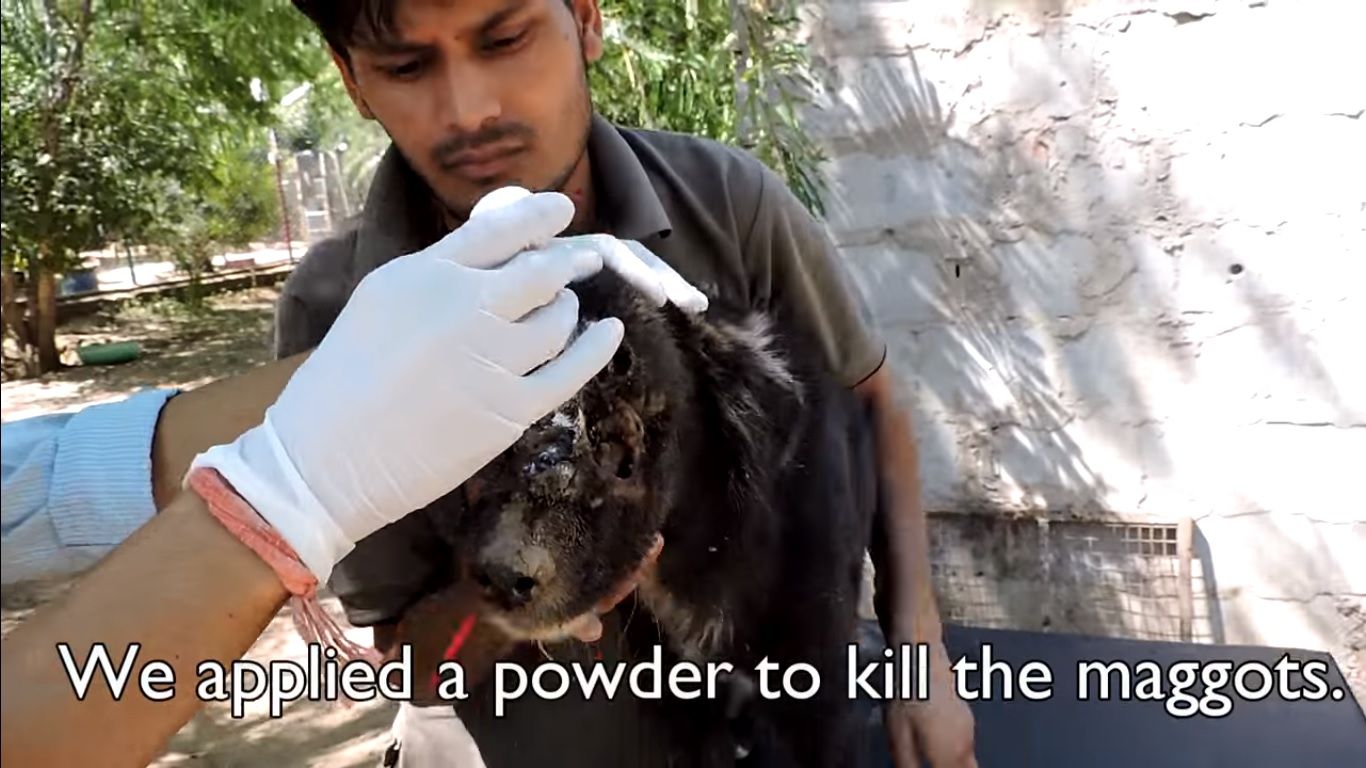 (Via.)
They applied powder on to his face to get it rid of the maggots. 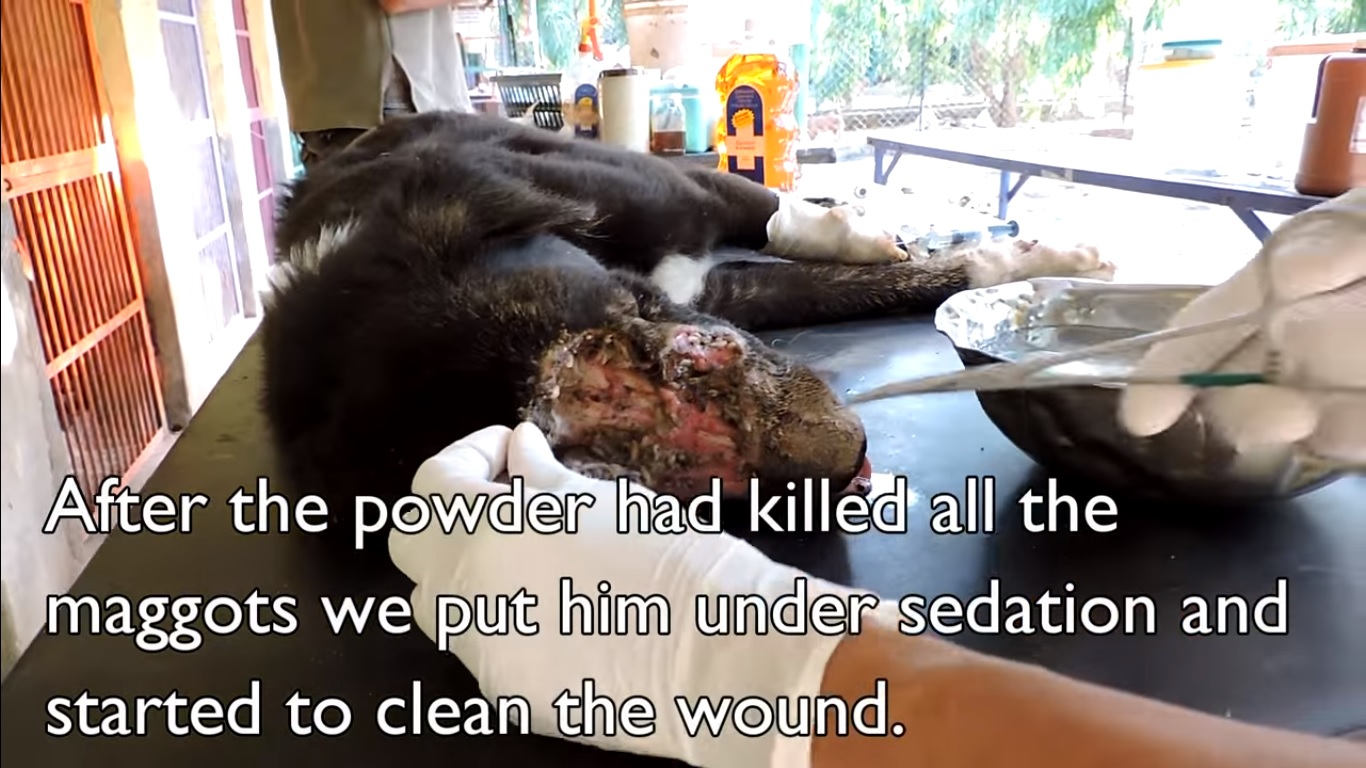 (Via.)
Once the maggots were killed and removed, the volunteers began cleaning his face and injuries. 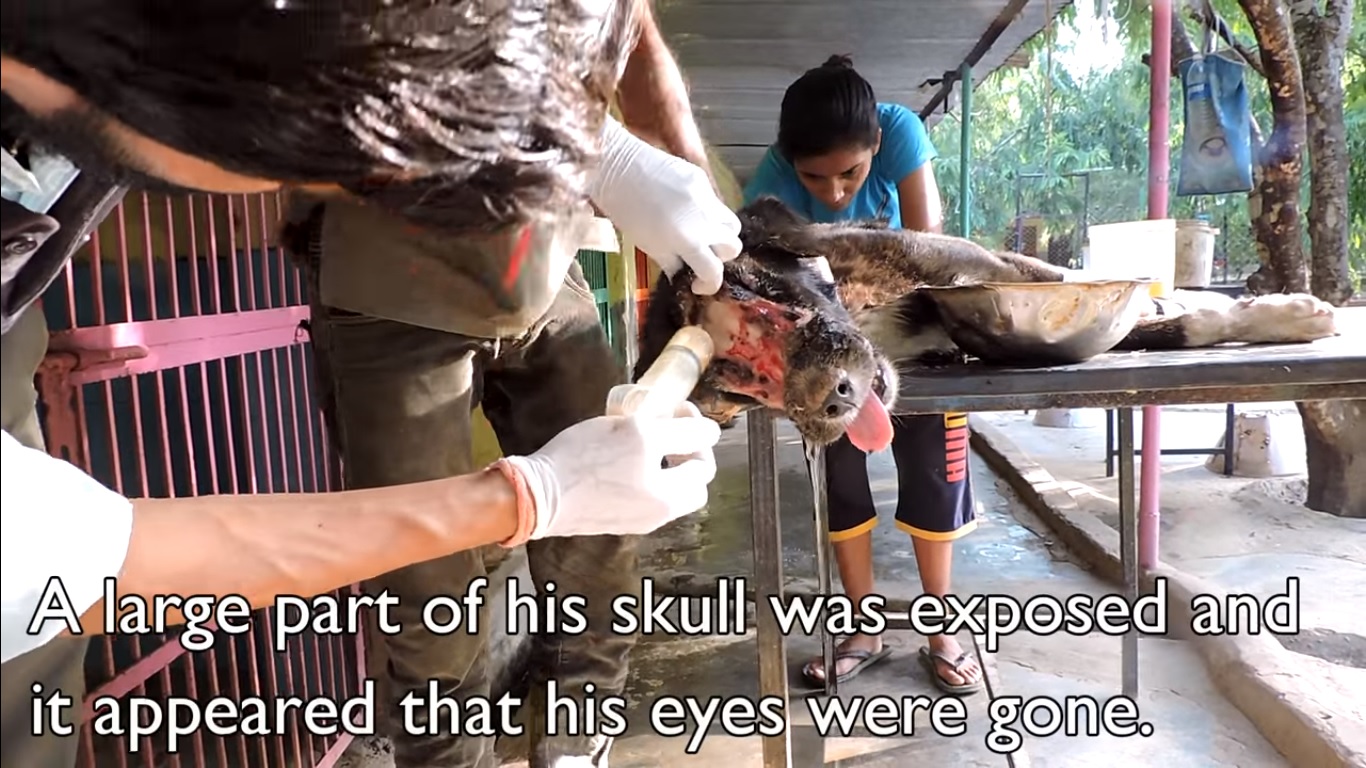 (Via.)
It broke their hearts to see that Kulu’s eyes were not visible and a part of his skull was exposed scaringly. 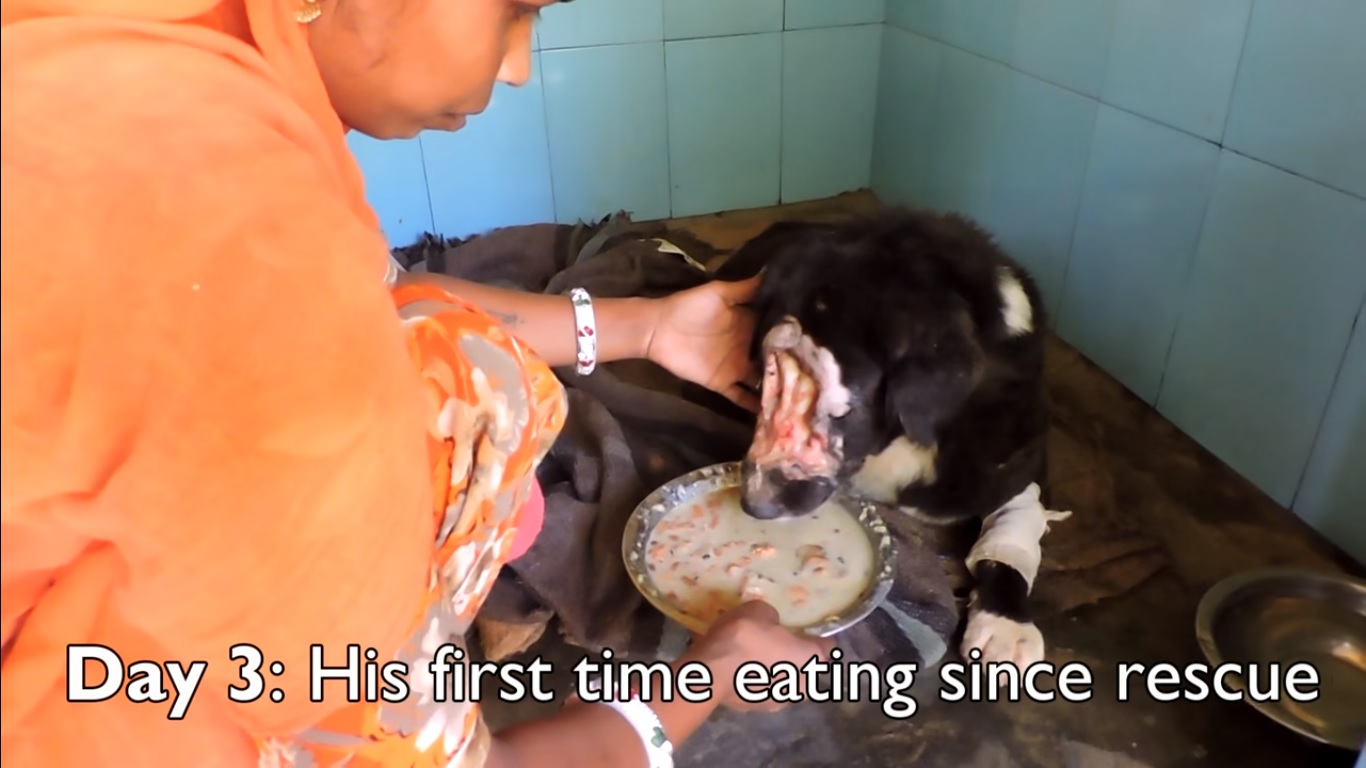 (Via.)
On day three Kulu finally began eating slowly. Of course he was slower than normal dogs, but he was at least beginning to get there. 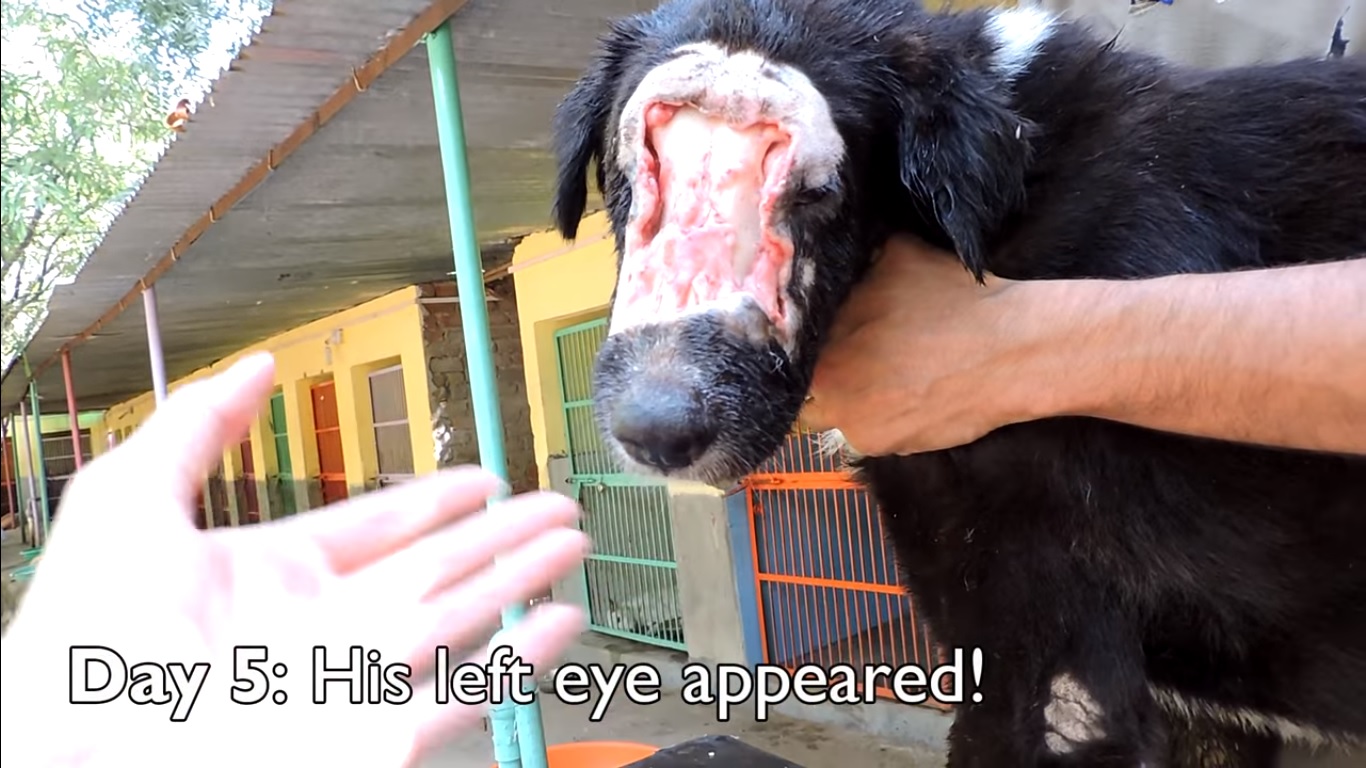 (Via.)
With the effects of the treatment, Kulu’s eyes were visible on day 5. He had finally started to recover.

He is better now 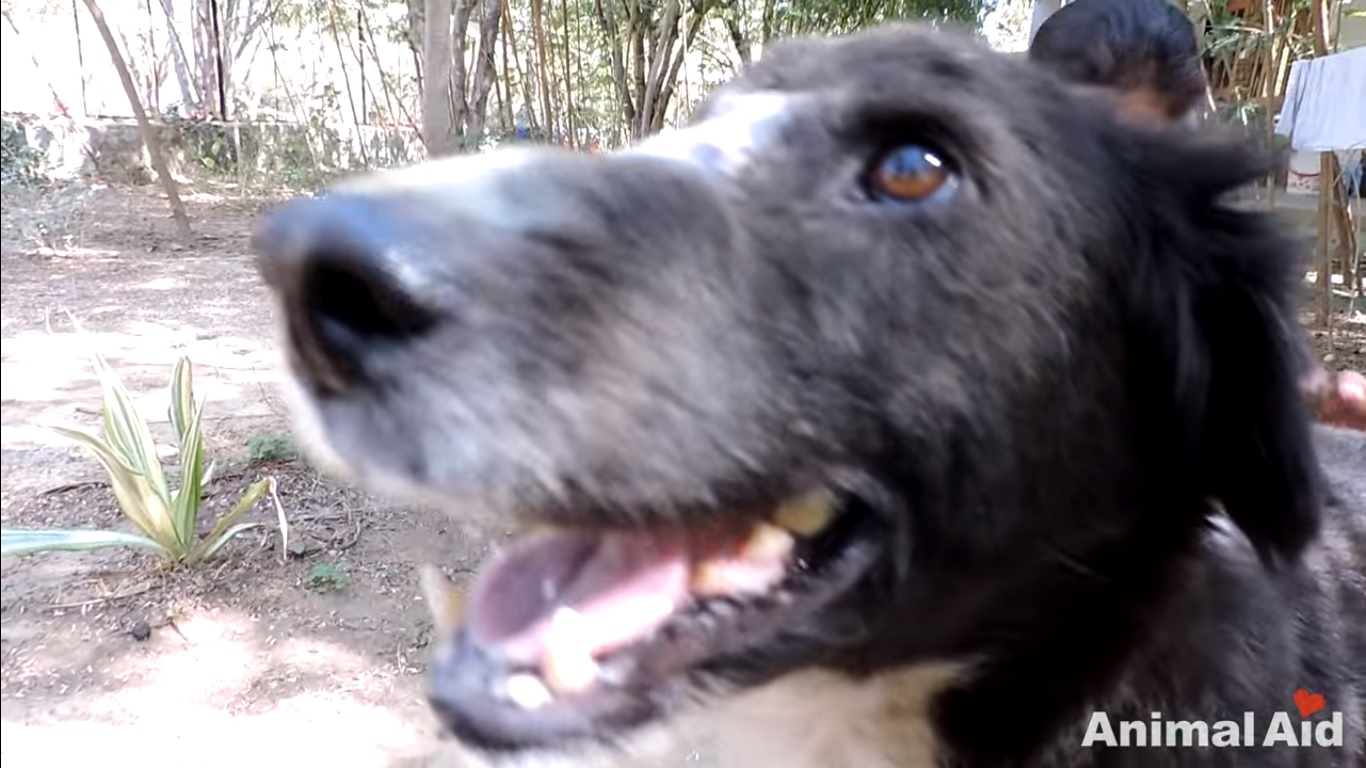 (Via.)
It took him three months to finally get better. With Animal Aid India’s help and hard work Kulu is now a healthy dog with a recovered face.

He is loved and supported 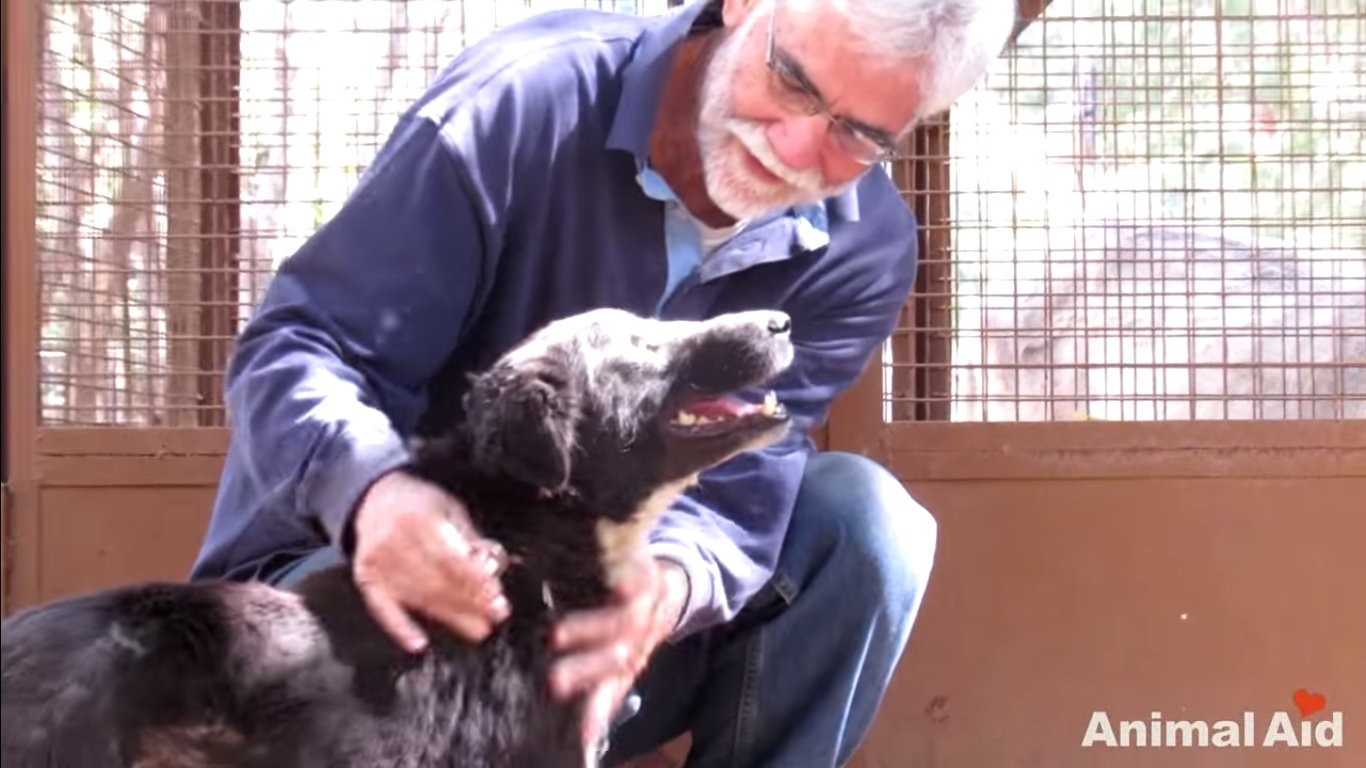 (Via.)
Volunteers of Animal Aid India give him constant love and nurturing. He runs around like other dogs. 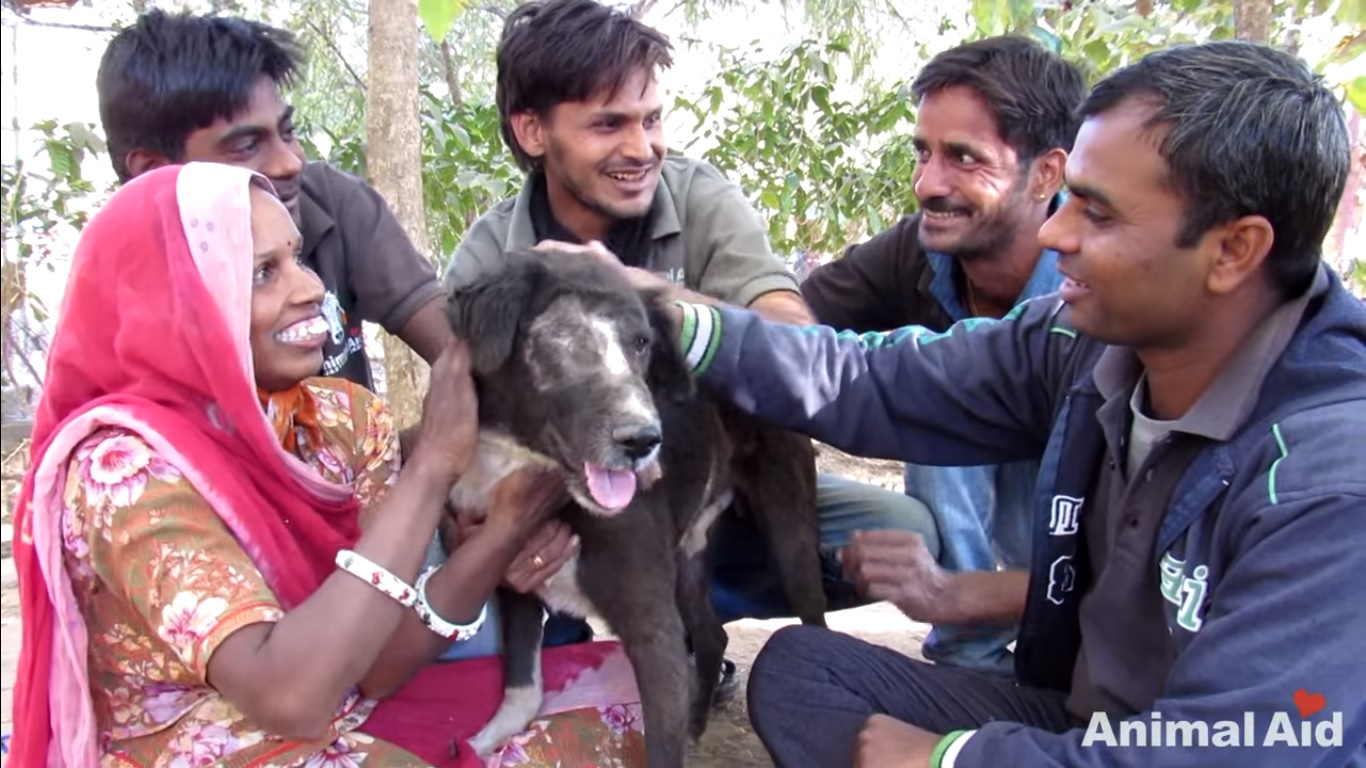 (Via.)
He suffered a great deal, but is now healthy and loved by all. He is also the center of attraction. 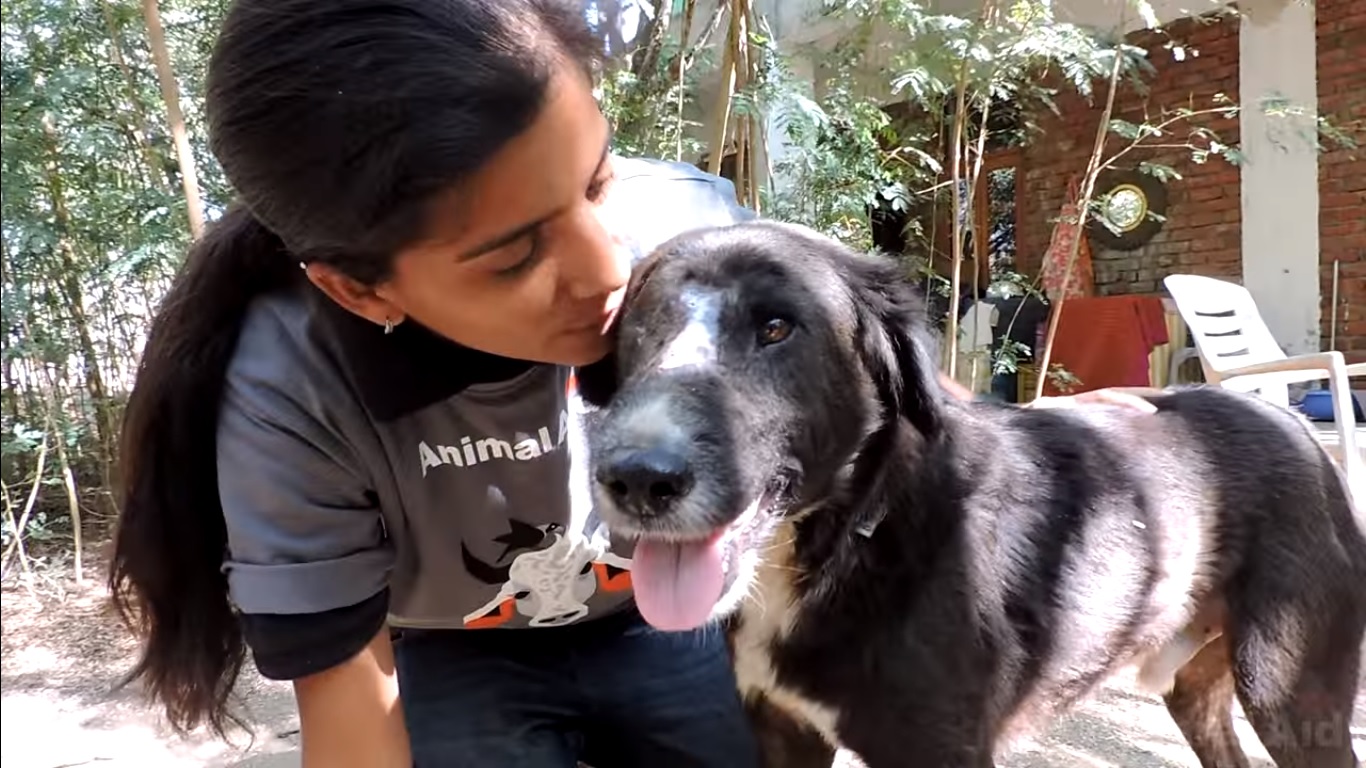 (Via.)
If you consider the time when the volunteers considered giving him death to save him from his suffering… you’ll also believe that nothing is impossible.

Check out the video to see Kulu’s complete story.