Kim Kardashian To Ronda Rousey: “Don’t Talk About Me… YOU’RE The One Who Got Your A$$ Kicked!” 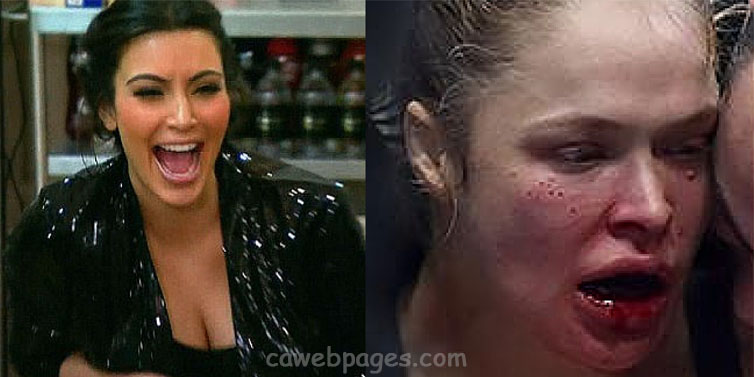 If you haven’t already heard, over the weekend, once undefeated UFC fighter Ronda Rousey got herself savagely knocked out by underdog Holly Holm.

Before her brutal defeat this weekend, Rousey, who seemingly was pretty high and mighty after having a perfect fight record, talked a lot of smack about a lot of people, including none other than Kim Kardashian.

Well, now Kim is using the defeat to put Rousey in her place about the rude threat. Click Above link to hear what she had to say!
Advertisement